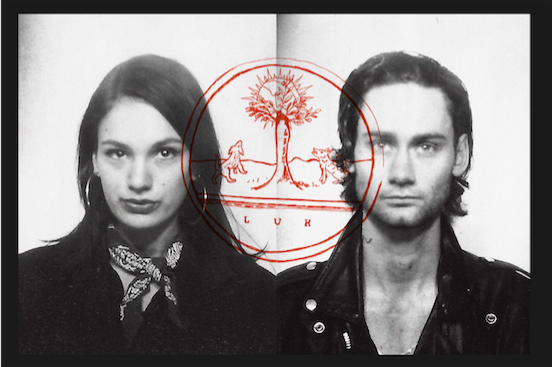 Luh is the newest project from Ellery Roberts, formerly of the band Wu Lyf. Teaming up with Ebony Hoorn, for the band which stands for Lost Under Heaven, resulted in a debut track ‘Unites’ in 2014. They’ve spent the last 18 months working privately and are now ready with new musicc.

‘I&I’ is something sweeter, made with the help of the Haxan Cloak on the island of Osea, and the vocals of Ebony Hoorn contrasting Roberts’ scratched gravelled voice. The band are based in Amsterdam.