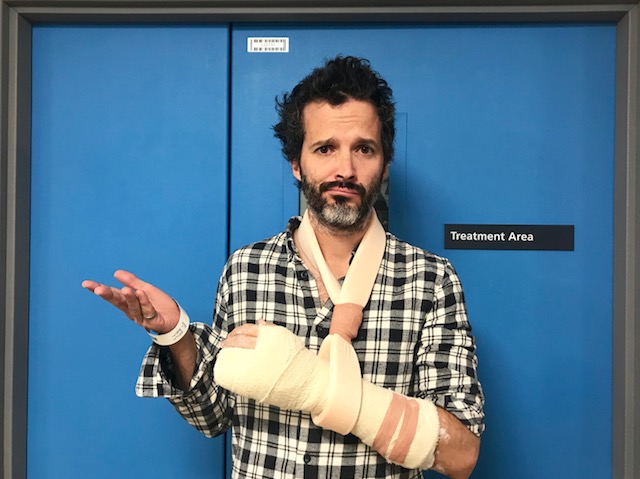 Flight of the Conchords were due to play UK and Irish shows this week, starting on March 25th and with another on April 2nd. But due to Bret MacKenzie falling down some stairs and breaking bones in his hand, all dates have been rescheduled and ticketholders will be contacted.

coming back and finishing the tour when I have two fully functioning hands. -Bret McKenzie