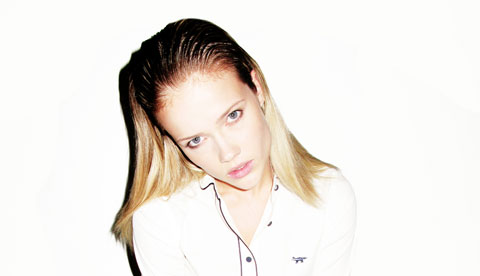 Florrie is a 21 year old drummer, singer and pop star in waiting from the UK. She played in the Xenomania house band and played drums on bona-fide pop hits by Girls Aloud, Pet Shop Boys and Alesha Dixon. This year, she recorded some stuff with Fred Falke along with remixes which were released via her website for free.

Her latest track ‘Come Back to Mine’ featuring production by Moguai (recently signed to DeadMau5’s label) is her best yet – a six minute electro disco-stepper which has traits of all the best kind of pop music – big changes, big melodies, big production. Watch out for more from Florrie including an appearance on an upcoming Kitsune/Ponystep compilation. Photo above by Kate Bellm.