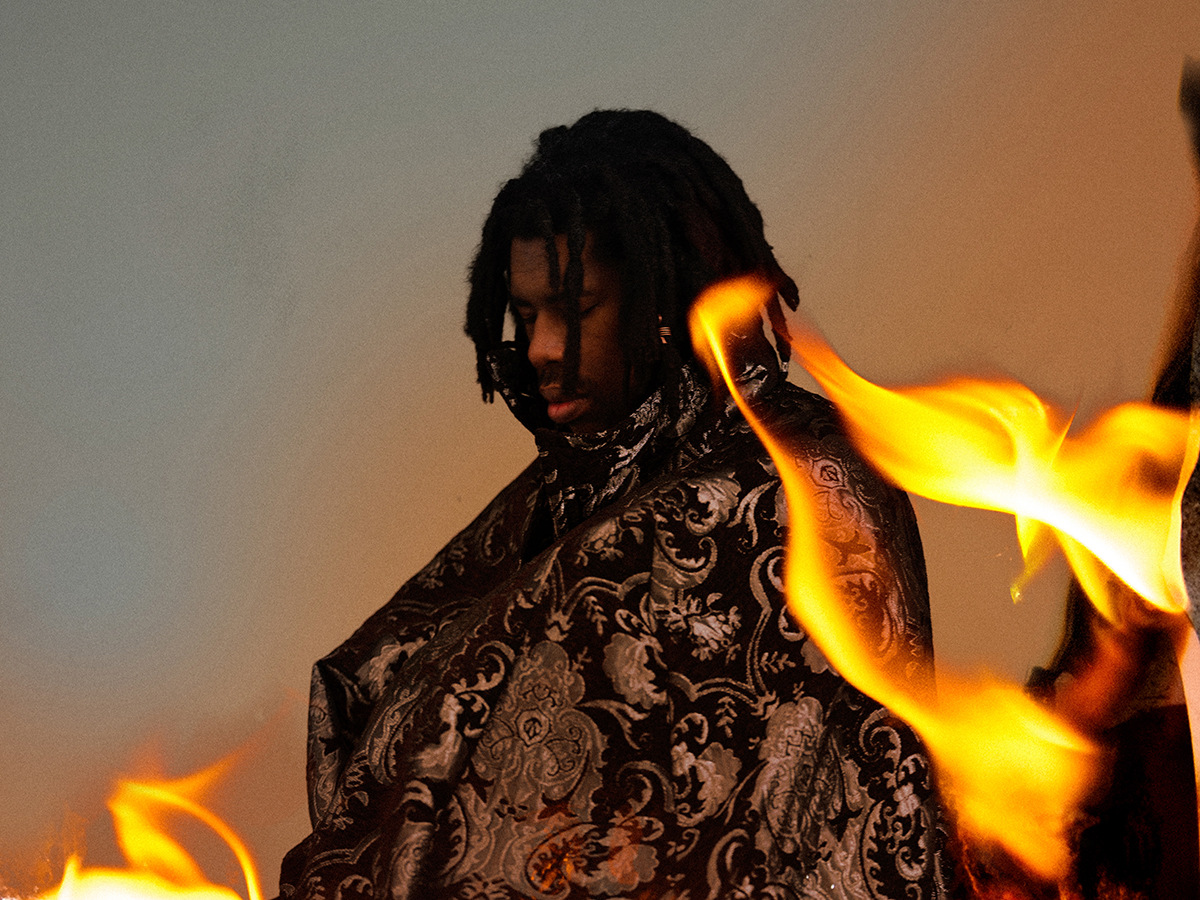 After debuting a suitably odd collaboration with director David Lynch for what sounds like an interlude for the upcoming album Flamagra, Flying Lotus has dropped two-tracks from the 27-track release.

Flamagra is Fly Lo’s first album since 2014’s You’re Dead. Since then, he’s collaborated with Kendrick Lamar on To Pimp A Butterfly, played his rather epic 3D shows around the world, and made a “cosmic horror” movie called Kuso.

In contrast to the dark and dank video from last week, the two songs shared today ‘Spontaneous’ with Little Dragon and ‘Takashi’ are brighter and lighter and hark back to the texture of his early material. ‘Spontaneous’ is short and dreamlike while ‘Takashi’ is more like a Thundercat-lead live jam. They are tracks 7 and 8 on the record, that is thematically inspired by, Steven Ellison says “a lingering concept about fire, an eternal flame sitting on a hill.” Two tracks on the album, ‘Find Your Own Way Home’ and ‘Thank U Malcolm’ are dedicated to Mac Miller, who died last year. The full bio by Jeff Weiss below is worth a read. Flamagra is out May 24th on Warp and you can see the physical popup version and artwork below. The pre-order also features merch listings. 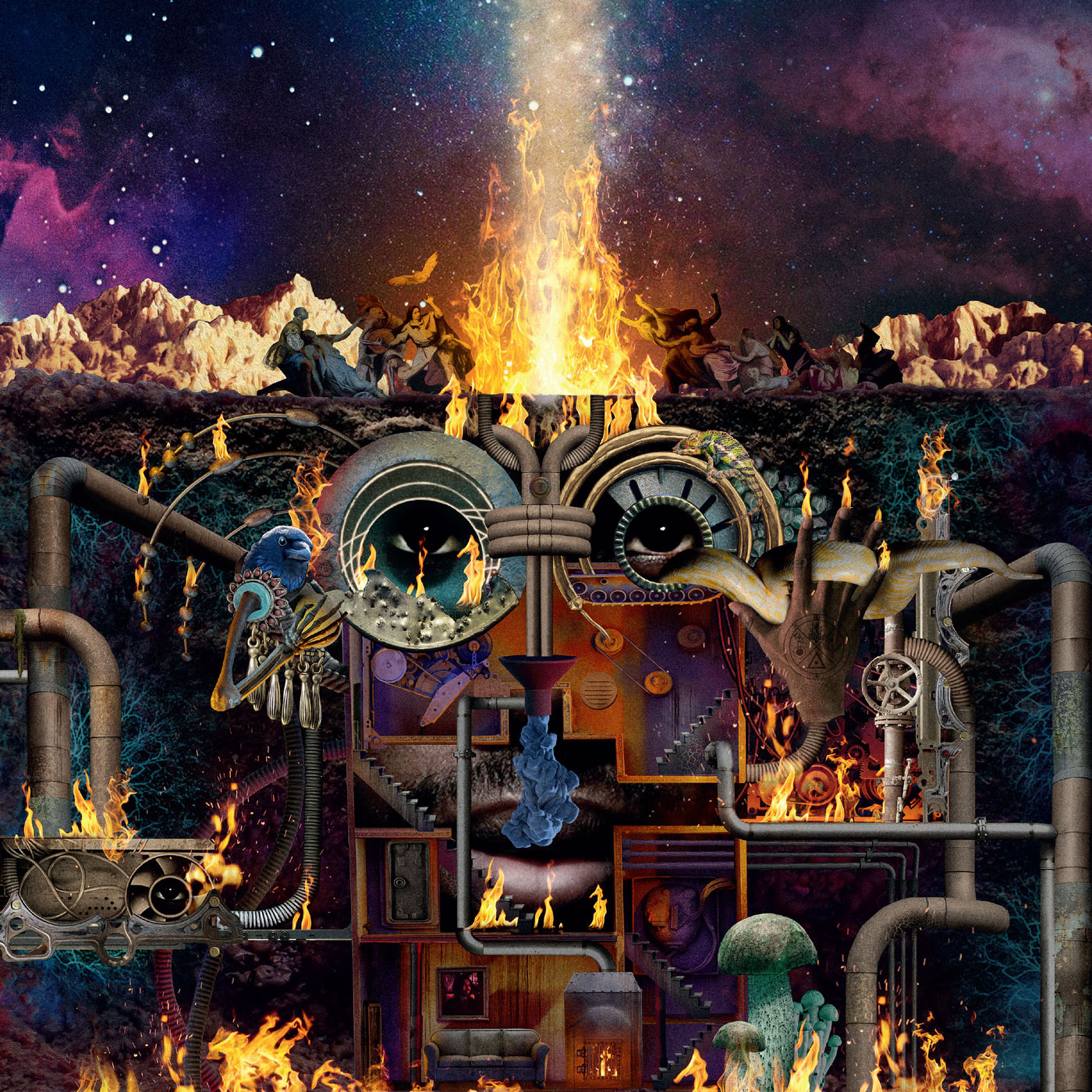 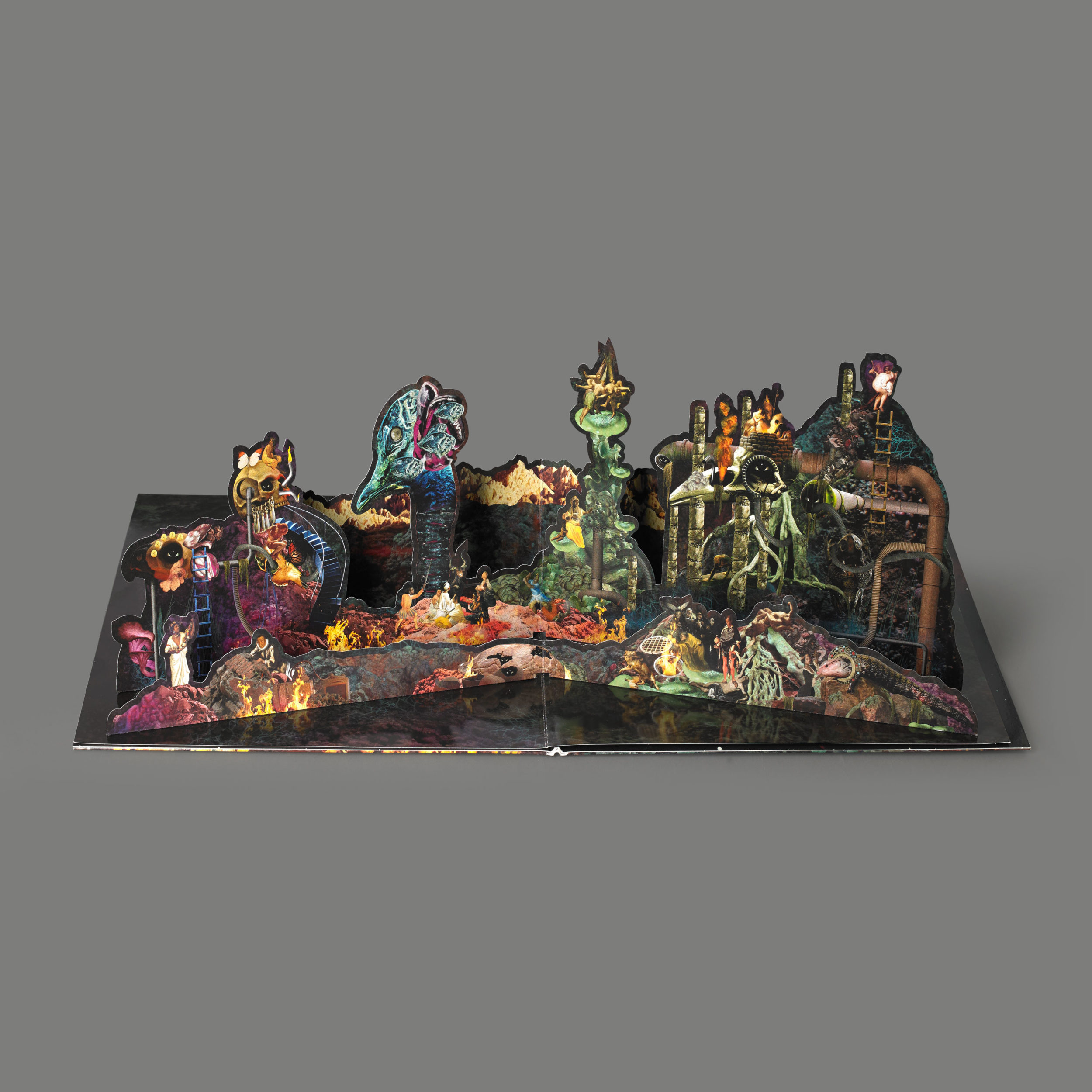 Nearly half a decade has somehow elapsed since the last Flying Lotus album—the Grammy-nominated cadaver tetris of You’re Dead! During that intermission, the multi-disciplinary Los Angeles artist has remained in constant orbit, collaborating with Kendrick Lamar on the classic To Pimp a Butterfly, directing and writing the Sundance-premiered comic horror hallucination Kuso, and producing much of Thundercat’s Drunk. He’s also nurtured his Brainfeeder imprint into the most consistently innovative record label of the decade. Yet throughout that span, there was the matter of his next full-length statement.

Enter Flamagra – a work that sweeps up every quantum advance and creative leap of the last dozen years of Lotus’ career and takes them even further; the Warp release encompasses hip-hop, funk, soul, jazz, global dance music, tribal poly-rhythms, IDM, the L.A. Beat scene, but it soars above a specific vortex whose coordinates can’t be accurately charted. Other than to say that it is a Flying Lotus record, perhaps the definitive one. An astral afro-futurist masterpiece of deep soul, cosmic dust, and startling originality.

He’s aided by a dream cast of collaborators: Anderson .Paak, George Clinton, Yukimi Nagano of Little Dragon, Tierra Whack, Denzel Curry, Ishmael Butler of Shabazz Palaces, Toro y Moi, and his telepathic kinsman, Thundercat. David Lynch even pops up for an eerie narration wherein he somberly warns that, “Fire is coming.” But they all naturally bend to the magnetic warp of Lotus’ spells—a transfixing hex unto themselves.

“I’d been working on stuff for the past five years, but it was always all over the place. I’d always had this thematic idea in mind—a lingering concept about fire, an eternal flame sitting on a hill,” Lotus says. “Some people love it, some people hate it. Some people would go on dates there and some people would burn love letters in the fire. Then I went to this party and heard David Lynch saying the words that he wound up saying on the record. And I was like, ‘that’s it, we’re just going to go in that direction.”

What had previously been a series of experiments coalesced into a transformative vision. The DNA for Flamagra was being built on traditional elements of hip-hop but there was also a newness present, as Flylo was developing an appreciation for the piano.

From here the spirit of Flamagra continued to flicker — It was the fall of 2018 and fantastic colors swarmed Flying Lotus inside an art installation created by Tokyo’s Team Labs. It triggered the memories that adulthood sometimes conspires to repress: our childlike capacity for wonder, music’s ability to heal and transcend physical boundaries, the illimitable possibility only accessible to those who dream big.

Flamagra is emblematic of that expansive mindset in it’s epic and universal nature. The result of slowly chipping away until a miraculous burst of inspiration appeared. It was going to be a ten-track project, then a straight up beat record with no jazz solos, and who knows what else. Until Lotus realized that it had to contain everything, the complicated and jagged realms of emotions and ideas spiralling in the smoke-riddled, light-polluted San Fernando Valley sky. All the guest spots save for Nagano were recorded in Lotus’ home studio and you can hear the cohesion: George Clinton croaking like the demented infernal voice of Ra on “Burning Down the House,” Solange cooing like a celestial ambrosia drip on “Land of Honey,” .Paak tapping into lecherous eternal soulman lust on “More” and Thundercat’s wounded falsetto from the far-off future.

There was also the mournful impact from the death of Lotus’ friend and collaborator Mac Miller, who receives a pair of tributes on the album (“Find Your Own Way Home,” “Thank U Malcolm.”)

“This album has been a refuge for pain and trying to make the most out of that pain,” Lotus says. “Music can heal and in the wake of that tragedy it reminded me what I’m here to do. As we get older, we start to figure out what our purpose is and embrace it and I want to do good things with my work. I want it to be able to help people through tough times and inspire them to be creative.”
So here is Flamagra, the work of a master surrounded by other masters, summarizing, refining, and reinventing the last century of the most brilliant black American music.  If Lotus emerged from the sacrosanct tradition of his great aunt Alice Coltrane and her husband John, of Miles and Madlib, Dilla and DOOM, he has constructed his own shrine, a sect that has absorbed all the past genius and carried it into realms that his predecessors couldn’t even imagine. Flying Lotus did it again. Fire is coming.