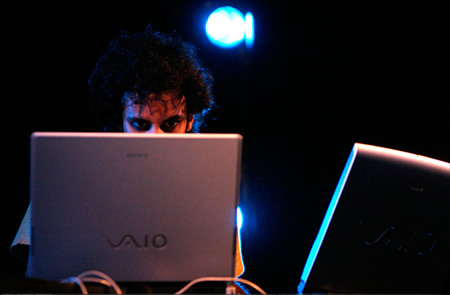 I wasn’t at all impressed with Four Tet’s show in the Temple Bar Music Centre last November. It was mostly noodly electronica in which Kieran Hebden hinted at playing a song one minute but then went on a strange musical tangent for six minutes. It was a hint of what Hebden had in store when he walked out on stage wearing a Miles Davis ‘On the Corner’ t-shirt and proceeded to produce a kind of freeform effects-driven electronica show with a similar ethos to the legendary Davis album except with one musician. and a few machines. It didn’t really work that night, but the Kid Koala support slot more than made up for it (especially Moon River and a version of Molly Malone!! ).

Having said that, I’ll let you decide for yourself as the Official Four Tet site has a live show in mp3 from Melbourne for a limited time. Check it out here.