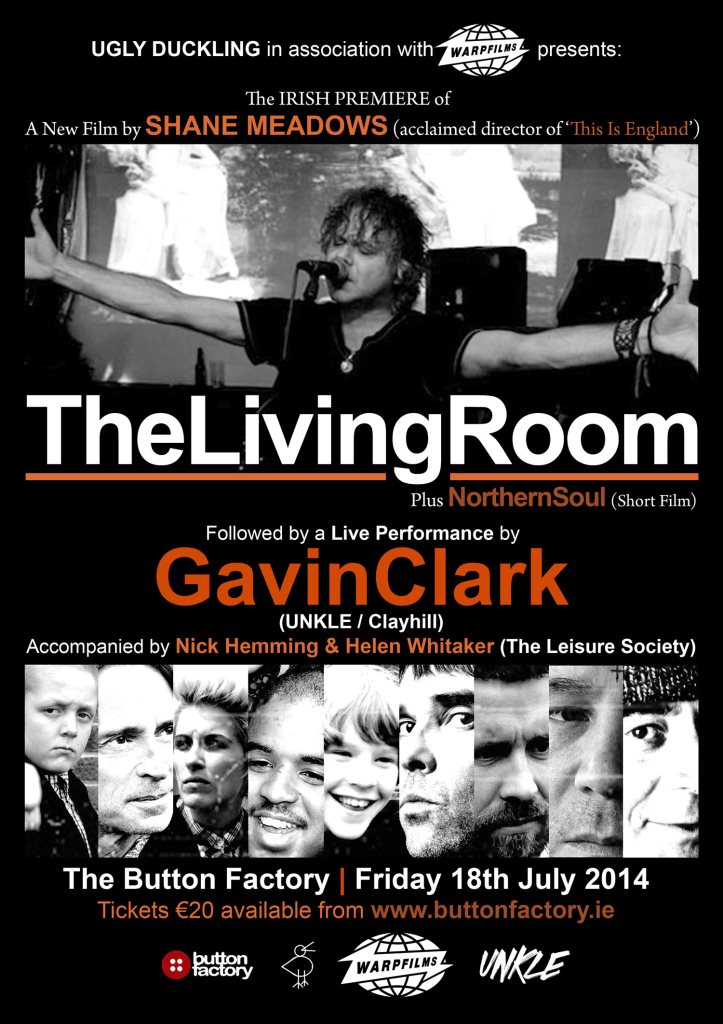 Next Friday July 18th, will see a rare live performance from UNKLE associate Gavin Clark, performing music from his 20 year career from possibly his other projects too (Sunhouse, Clayhill and UNKLE( along with members of the band The Leisure Society, Nick Hemming and Helen Whitaker.

Ugly Duckling are putting on the event which kicks off with the Irish premiere of The Living Room, an unreleased film by Shane Meadows (This Is England) which is about the director’s relationship with Clark. There’s also a showing of Meadow’s first short film Northern Soul too.

Clark’s new album Beautiful Skeletons, was collated by Meadows from an archive of 240 songs.