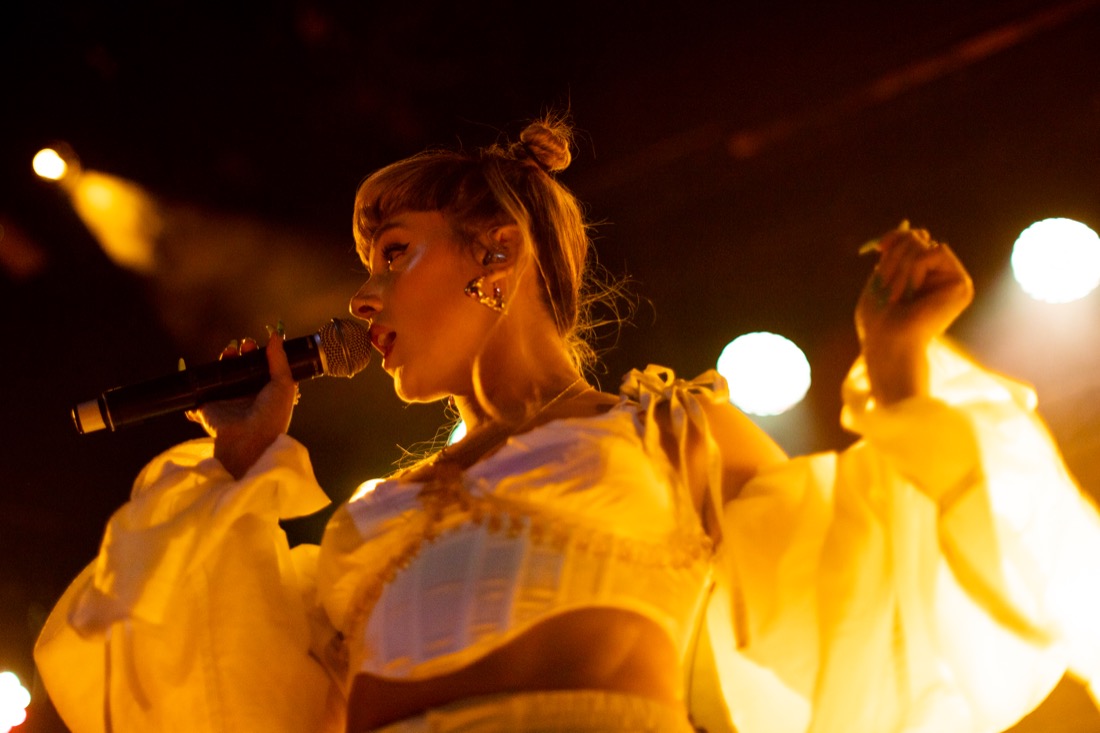 After her roaring headline show at the Academy in November, Gemma Dunleavy has announced her biggest show yet at the 3Olympia Theatre next April 1st 2022.

Pre-sales with Three and the artist (via Gemma’s mailing list) are on sale now and general tickets are €26 + fees on sale on Friday morning via ticketmaster.ie.

It’s been a marquee year and a half for the Dublin city R&B artist, whose ‘Up De Flats’ single and its accompanying EP has put a fresh spotlight on a singer who has been collaborating with producers for a number of years.

As with the Academy gig, and as I wrote about for Totally Dublin, the entire show was a celebration of North Inner City family and community.

At The Academy, this community was writ large. There was video footage of the flats projected on stage, while Dunleavy spent time between songs from the EP contextualising the characters and stories of the area that she holds so dear.

She spoke eloquently of the death of 20-year-old Terence Wheelock, who died in police custody in 2005 under suspicious circumstances – a loss that is still palpably felt by the Summerhill community.

Underlining the family affair, Gemma’s cousin Antoinette Dunleavy supplied backing vocals on the night, and was given the spotlight to let rip for a track late in the set. As with the I Was Never Young But I’m Not Old Yet video, Gemma’s mother and auntie made the costume that she wore on stage.

Totally Dublin’s cover story is a piece with Gemma and her uncle, the legendary Dublin DJ Billy Scurry.