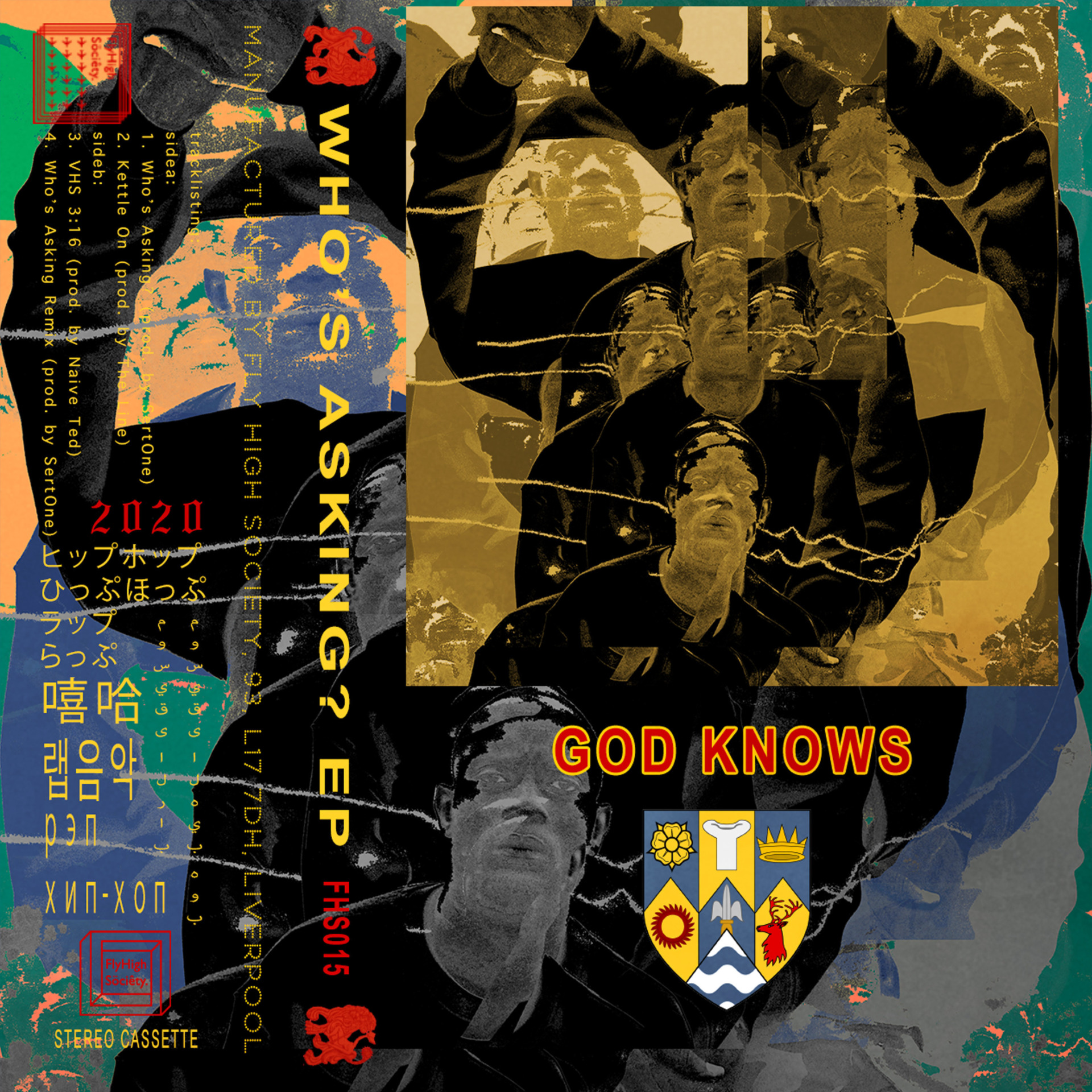 Matter is the debut solo album from The Line, moniker of Meltybrains? member Brian Dillon (premiere)

As a member of Rusangano Family, God Knows helped illuminate the particular trials and travail of an African Irish experience, reflected through the lens of a growing 061 / Munster-associated scene.

God Knows might be currently called a solo artist but there’s nothing solo about his output. GK is a supportive collaborator, a “big brother” of the scene, an artist who encourages others whether it’s Denise Chaila, his Rusangano brother MuRli, Cork rapper Outsider YP or tutoring youngsters in Music Generation programmes.

There’s a reason there is a huge cast of people coming to play our Moov’us event on May 15th in Dublin. GK asks and you don’t say no.

With the Who’s Asking EP, God Knows brings all this together and then some. It’s all on that crest on the cover in case it’s not clear.

The 4-track EP features production from SertOne (Fly High Society), The Line (Meltybrains?’ Brian Dillon) and Naive Ted and brings together some of the finest and strongest rappers in the Limerick-associated scene.

Kicking off with the high-BPM bass-indebted title track is a flex of an introduction, an upping of the levels, before ‘Kettle On’ featuring MuRli and Denise Chaila, which weaves in well-known rappers names into a narrative about keeping at your craft in the face of adversity. Naive Ted’s production on ‘VHS 3:16’ allows God Knows to employ a fast flow buttressed by some wrestling samples (very on brand for Ted).

The EP’s greatest track is a culmination of the connector role that God Knows operates as, with a posse remix cut over a beefed-up SertOne production of the title track with marquee verses from all involved and God Knows as ringleader. The ‘Who’s Asking Remix’ is one of the best things to come out of Ireland’s music scene in years. The heat of it is undeniable.

Denise Chaila proves why she’s one of the rising rappers in the game right now, energising the cut with “big girl energy”, handing off to Gavin DaVinci (that “you don’t know me bro” line is a HOOK that’ll get stuck in your head for months). Citrus Fresh brings the pagan vibes before Hazey Haze slices the thing with manic delivery and a chopped and screwed passage before Strange Boy Nature beckons you “come and make my day”.

The ‘Who’s Asking Remix’ is a testament to the power of an undeniable beat with seven rappers absolutely slaying the track and playing off each other creating a posse cut that not only is a grade A on-repeat banger but displays just how far Limerick is ahead of the game right now, while reflecting God Know’s connector status. A rising tide lifts all boats and Limerick is swelling big time.

Buy the EP on Bandcamp

“Who’s Asking? is a direct answer to the questions I’m asked all the time about Irish rap. I believe in my county; I believe in my country. Irish music has always punched above its weight on the world’s stage and put its own stamp on popular music – why should rap and hip-hop be any different?

“This EP is just the first volume and it’s being released on my brother SertOne’s label, Fly High Society. He has always been supportive and we share the same beliefs. Look out for more work by us.”

Matter is the debut solo album from The Line, moniker of Meltybrains? member Brian Dillon (premiere)