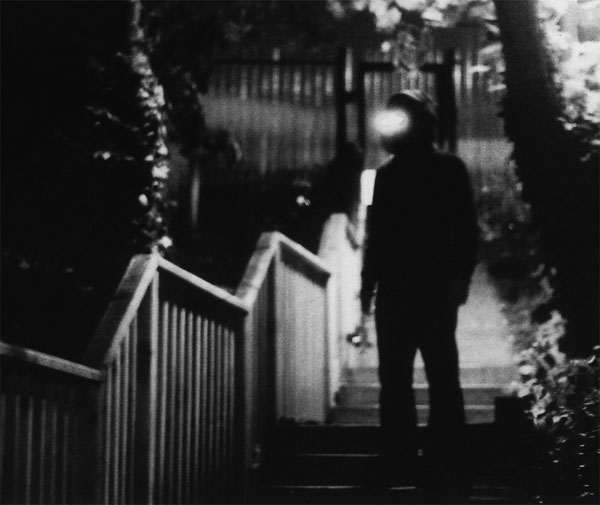 A Halloween series special today with posts dedicated to music that creates an uneasy, spooky, chilling or scary atmosphere… See Halloween for all posts in the series.

It would be hard not to include a producer who called his debut album I Dreamed I Was A Footstep In The Trail Of A Murderer in a Halloween series. Hunter-Gatherer’s most recent single ‘Mask’ goes heavy on nefarious stalking atmosphere-heightening orchestral synths for its beautifully meandering first half. Baleful bass tones growl into view ushering industrial beats and the feeling of unease heightens to the point where you can’t escape its clutches. It will get you.