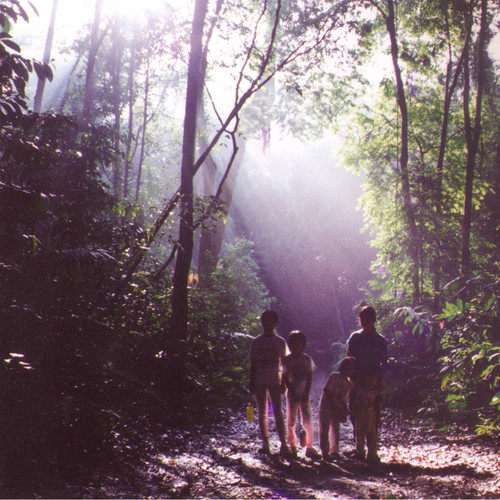 Halves will return with a new album Boa Howl on July 5th the followup to their excellent 2010 album It Goes, It Goes (Forever & Ever). Recorded in Gothenberg by the core trio (Brian Cash, Elis Czerniak & Tim Czerniak.) onto 2″ reel-to-reel tape and mixed on a Neve mixing console (you may have seen it recently in Dave Grohl’s Sound City film). The record will feature Gemma Hayes as a guest as well as contributions from harpist Elaine Kelly-Canning and local Swedish string players.

The title Boa Howl refers to a summit on a mountain in China dubbed ‘White Boa Howl’, which the band felt captured the surreal nature of the songs. Musically, the album was inspired by a wide range of influences – from The Flamingos and Joe Meek, to Clouddead, to traditional Malian music and the 1950s orchestral arrangements of Gordon Jenkins.

‘Drumhunter’ sounds like it takes its cue from The King Of Limbs era Radiohead with its skittering rhythm, unfolding/folding arrangement and experimental jazz-leaning sound.

Boa Howl is out July 5th 2013 through HATEISTHEENEMY Records on CD, deluxe gatefold vinyl (with mp3 download), and digital.