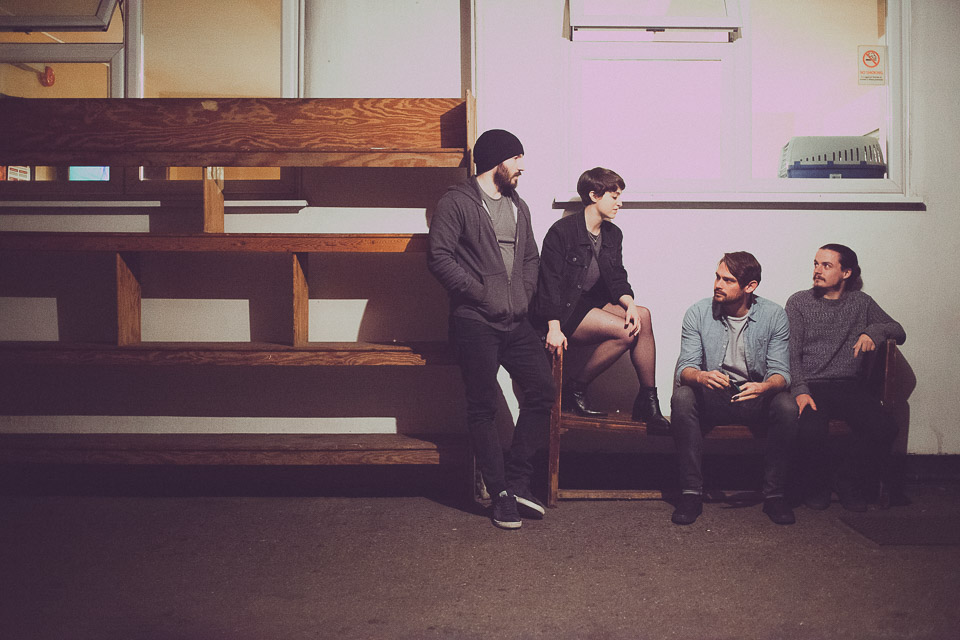 The London-based band Hawk have been invited back to play Other Voices in Dingle next weekend.

For their new song ‘Sleep’, the band’s Galway-born lead singer  and Irish speaker Julie has dreamed up an Irish language kids TV show that never was  called Tromluithe Ruairí (Ruairí’s nightmares), inspired by a guilt-ridden lack of night’s sleep.  Then she made a video (including everything in it)

Firstly, the idea that this is a single episode of an old lost Irish kids show called Tromluithe Ruairí (Ruairí’s nightmares), which the world has long forgotten about.
Secondly, there’s the meaning of the song itself, which is quite simply about not being able to sleep because you’re harbouring guilt about something. Just like Ruairí has to shed his mask to finally find peace of mind, the song is also about wanting to come clean and even be punished, so you can clear your conscious and sleep peacefully. The ‘Visitor’ is tempting Ruairí by offering him more elaborate masks, but Ruairí defeats him by shedding his own!

The song will feature on the band’s next EP due next year.