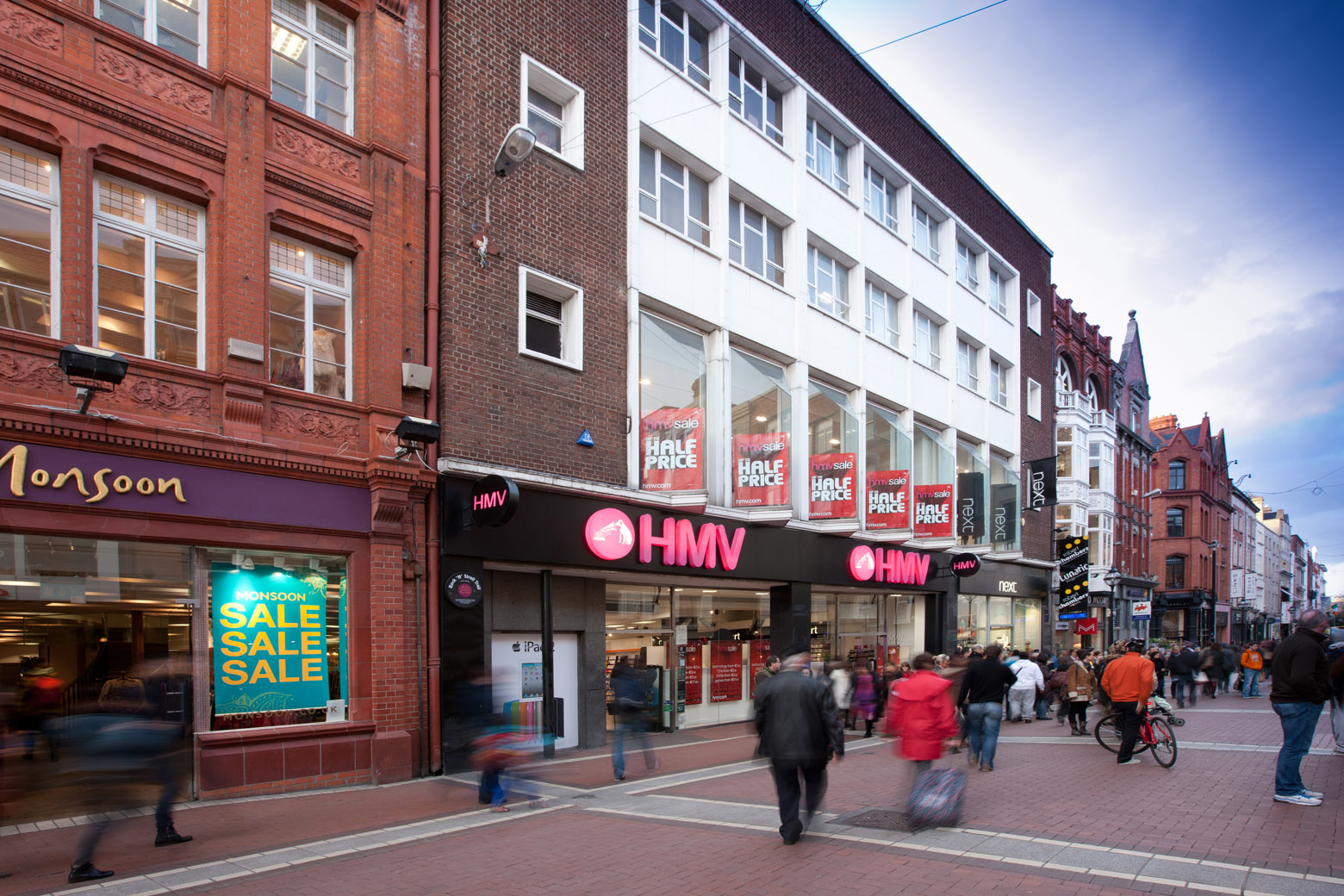 HMV closed on Grafton Street last year but since then, new owners Hilco Capital have re-opened the store on Henry Street and today announced HMV will be returning to Grafton Street in Dublin to occupy the old A-Wear premises.

There’s no opening date yet but 35 jobs will be created (presumably old staff would have to go through that process too).

There is also “37 dual branded Xtra-vision and HMV stores opened around the country in 2013 and early 2014, with a further 11 locations opening over the next month”.

After a period of closure of shops in Ireland, things have reversed with Golden Discs reopening on Stephen’s Green and Tower Records just weeks ago moved from its Wicklow Street store to a new home in the old Waterstones on Dawson Street.

The question remains whether these businesses can be financially viable long-term. Obviously, these outlets rely on more than just music to make money but will physical music and entertainment product have a sustainable appeal in ten years or is the reversal shortlived?