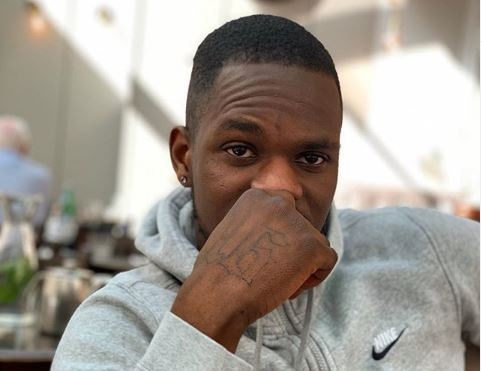 With a relatively obscure online presence, Sam Dania could have very well ended up being a name few were aware of. But talent, graft and a prolific work rate have helped ensure that this is not the case.

The Dublin rapper has been throwing his weight around the Irish rap scene.

Thanks to some high profile support slots (Versatile in October of last year), spitting bars on Mango X Mathman’s Wheel Up EP and a growing number of dedicated followers on his Youtube outings, the young rapper is a name that many are getting familiar with.

The southside Dublin rapper showcases how an artist can utilise his accent and background as an asset but without being defined by it. In his track ‘Don Corleone’ he fuses together Afro tones with the sting of a Dublin accent. This set against punchy synths and rolling high hats makes for a really unique listening.

Similarily in his track, ‘‘The Intro‘ Dania produces a smooth flow that sounds like no other Irish rapper. He wears all his influences on his sleeve. Dania gives the Dublin rap scene a fresh perspective, rapping about growing up in the capital as a black artist.

An early track off the MC’s discography typifies much of that fresh perspective. Dania opens ‘Paro’ with a bar as Gaeilge, followed up later on with the frank admission “I’m paro ’bout my colour/Cause it can get you in trouble./Being black and being different/every day is quite a struggle.”

That sense of being “different” pilfers down throughout Dania’s music. In his newest track & video, a remix of Juls and Kojey Radical’s ‘Normal’, the artist is seen reenacting out a therapy session in the middle of a sprawling inner-city Dublin apartment complex.

It’s the urban aesthetic most associated with Drill and Grime, but subverted, now coming from an artist who admits he’s “the glitch in the matrix”.

Earlier this year, Dania released his debut Sonic Gold Mixtape. The ten-track EP acts as an exhibition, showcasing his variety of rap influences. The opening track ‘Sonic Gold’ ticks all the boxes for a modern rapper. Upbeat high hats and a pounding bass line are complemented excellently by a piercing staccato synth line.

But as the mixtape progresses further, the influences go back in time. ‘Trapped’ is the halfway point on the mixtape and takes us back to the hay-day of hip-hop. Airy vocal samples and a minimalistic rhythm sets up a punchy second verse. Dania delivers a flow that is so tight and slick, the like is hard to come by these days.

There’s no better song that exhibits this than his stand out song ‘Afro Celt’. The track flows with punchy high hats and subtle samples that give the song a unique texture. However, it’s the use of a traditional flute that really completes this track.

The trad melody plays against the mellow tone of Dania. Furthermore, the flute is modified up and down scales, giving it an edge that perfectly captures Dania’s themes. It’s a seamless fusing of two cultures.

Dania could well be the face of a new era of rap in Dublin city.

With the hip-hop climate being what it is across the nation right now and with a debut long-form body of work under his belt, the coming months could prove golden for the MC.

The trick is in translating that niche online following into a larger demographic, capitalising on the momentum he’s built up over the past couple of years and reaching out into new audiences.

It’s no easy feat but Dania has plenty of substance in his discography to lean on in helping him out along the way.

Premiere: Listen to the mellowed out rock sound of Yenkee with the release of his second EP