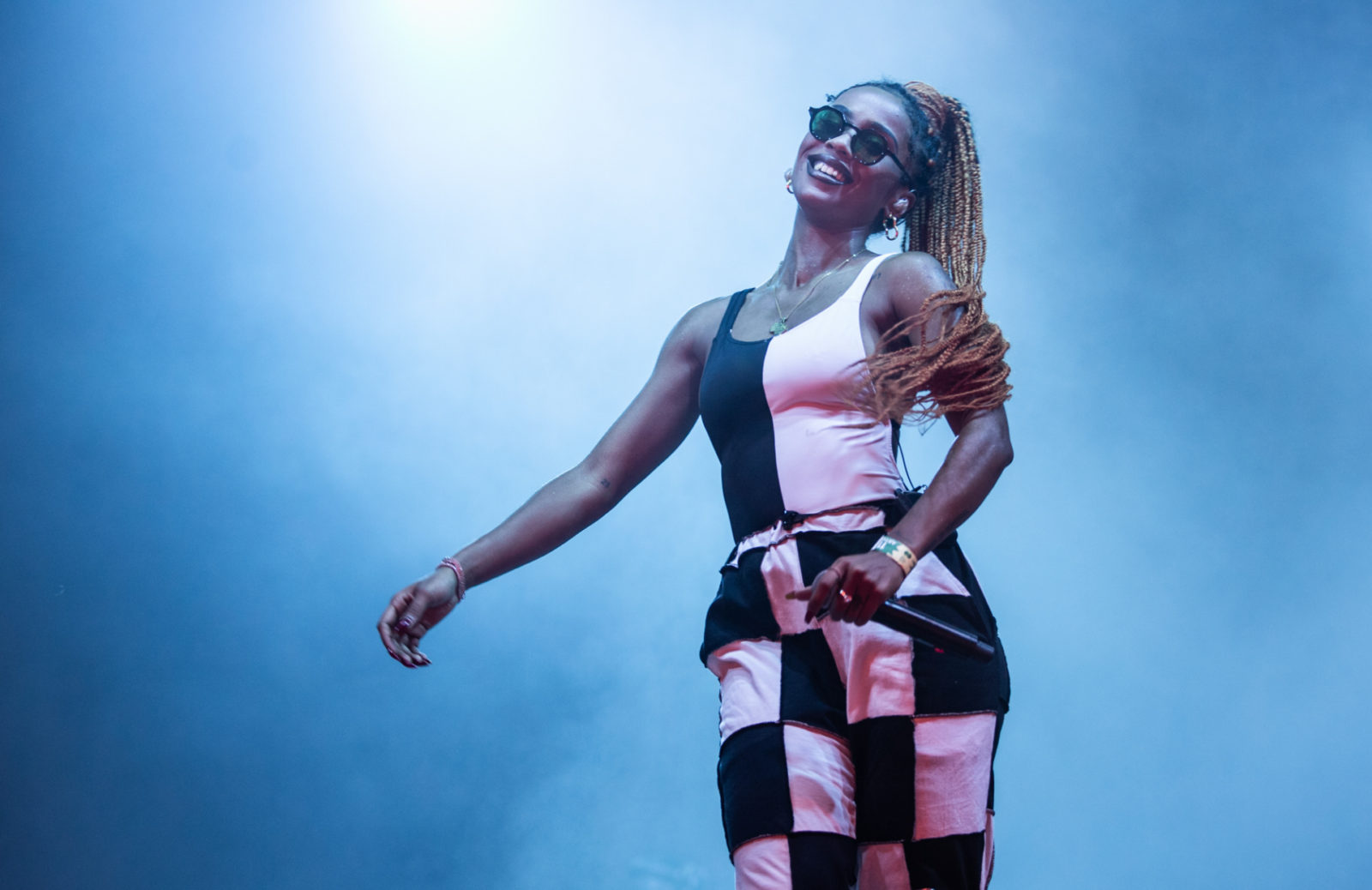 IAMDDB has been announced for a Dublin show at The Academy Green Room on Friday 28th February 2020.Tickets from €20 plus fees on sale Friday 13th December at 9am and the gig is for ages 14s+.

UK rap music is no longer confined to celebrations at the MOBO Awards or specialist “urban” shows. The success of UK grime stars like Stormzy, Skepta, Stefflon Don and O.Gs like Dizzee Rascal and Wiley have spilled into the popular music worldwide, and in doing so, they’re wearing down widespread resistance to anything that isn’t earnest pop guy with a gravelly voice.

Mancunian rapper and singer IAMDDB (which stands for  I Am Diana De Brito) deals in sounds that aren’t as mainstream as those aforementioned artists but they may have blown a big enough hole in the wall for her to break through too.
It could help that IAMDDB is an artist on her own path, trading in jazzy R&B clinical rap music that has more in common with the trap-style rap music of the States, pointing a possible way forward for her commercial appeal.

Signs are good for Miss De Brito. A spot on the BBC Sound of 2018 longlist and a trap-style tune called Shade which opens with the line “bad bitch, no underwear,” that sounds like a UK version of Migos without the psychedelic sonics are early markers of success.