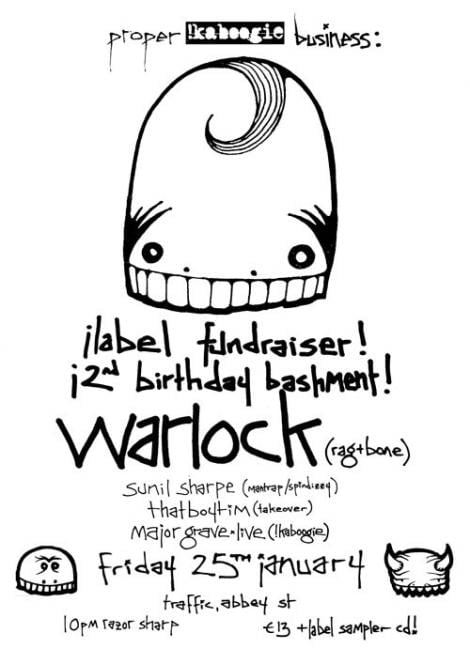 After 2006’s buoyant year for Dubstep, I found 2007 to be a very lacklustre affair in the chest-rattlin department. Sure, Burial received critical praise for Untrue, Boxcutter released an album that counted as a dubstep fusion album, The Bug continued his run of excellent collaborations with Warrior Queen and I enjoyed tracks from the likes of Durrty Goodz, Skepta, Caspa/Rusko and of late, some of Pinch’s Underwater Dancehall release yet a heavy hitter such as Skream was notably absent.

What I’m hearing more and more is Dubstep amalgamating into weak, miminal patterns with not an awful lot to keep your attention. Some of it has become so devoid of ideas that it’s hard to distinguish between the tracks in any capacity. Largley gone is the electronic experimentation, brain-melting low frequencies that made the original Mary Ann Hobbs Dubstep Warz so incendiary and on the cusp of something palpably unique. Much of this may be down to copycat producers making flaccid records that sound like dubstep but lack urgency and skill. Maybe’s it’s down to personal taste, but I find much of the currently popular dubstep characterised by sparse instrumentation very uninspiring.

Here in Dublin, thanks to !Kaboogie’s regular night Wobble, Dubstep has been top of the agenda for 2007 and looks set to continue into 2008. Another interesting development in this camp, is the establishment this month of !Kaboogie records with a launch on Friday the 25th of January in Traffic. Serving also as a 2nd birthday celebration, live acts on the night include Warlock (rag&bone), Sunil Sharpe (mantrap/spindizzy), Thatboytim (takeover) and Major Grave (!kaboogie) with a limited number of !Kaboogie Records sampler CDs being handed out featuring the likes of 2-bit, Grizzle, Ed Devane, Prince Kong, Major Grave, Lakker and A-Force.

Also in the pipeline, are some tasty vinyl releases featuring a bigger international act/acts on one side, with quality local acts on the b-side. The first vinyl release includes Aaron Spectre and Prince Kong (who is just back from recording with Warrior Queen in London). The releases promise to be coming thick and fast so I’m hoping that my dubstep languor will be re-invigorated by these imminent happenings.

Radiohead take over Zane Lowe on Radio One