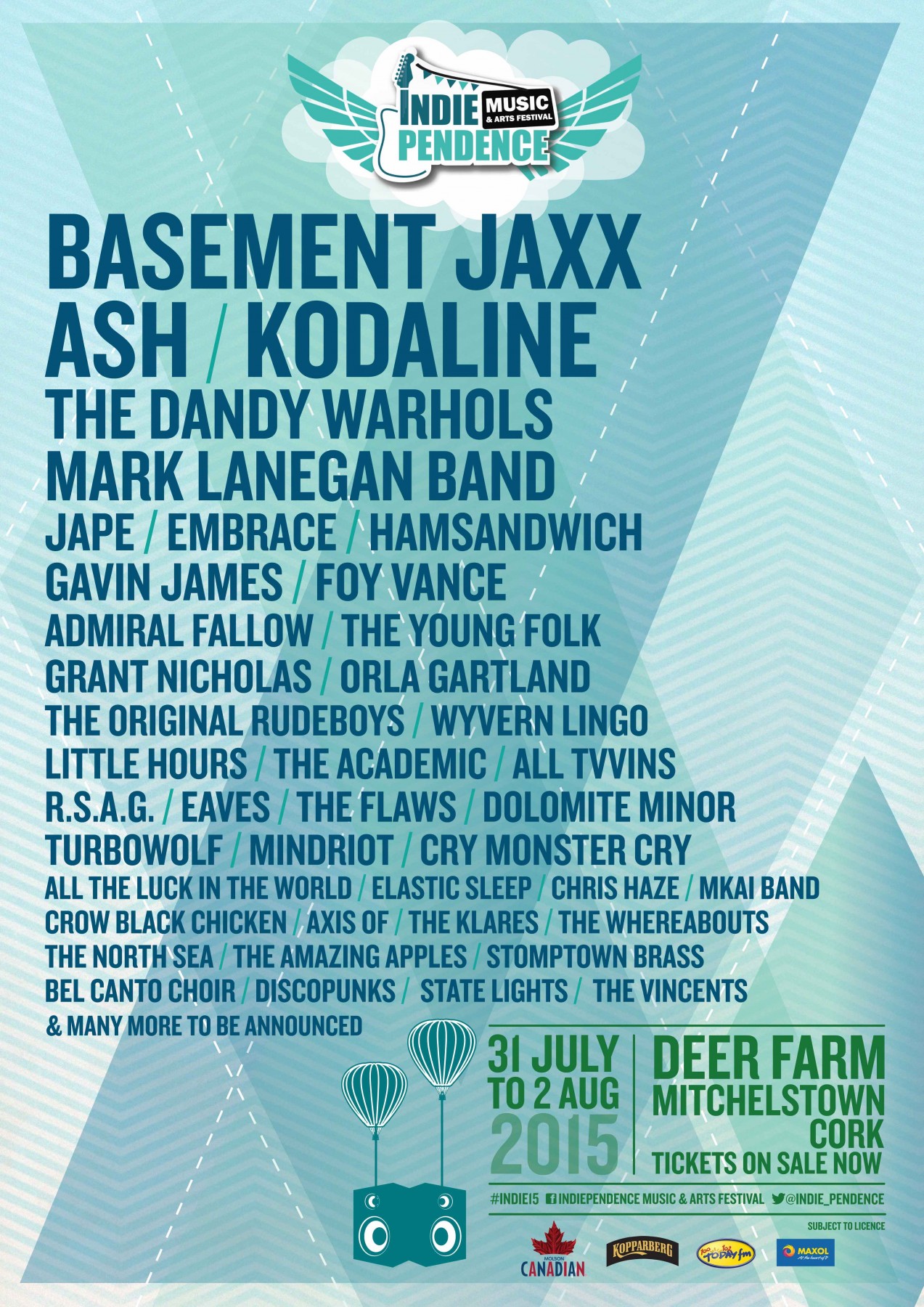 Indiependence returns to Mitchelstown for its 10th year this year on the August Bank Holiday weekend July 31st – August 2nd and they’ve announced their big lineup for the festival.

Playing the festival are:

Other stages include the Spoken Word presented by Wasp vs Humans with Mike Garry, Jinx Lennon; Radiomade’s The Copresent hosted by Dwyane Woods and HamsandwicH’s Niamh Farrell, Comedy, Silent Disco and more.

Other Voices returns this Sunday for Season 13