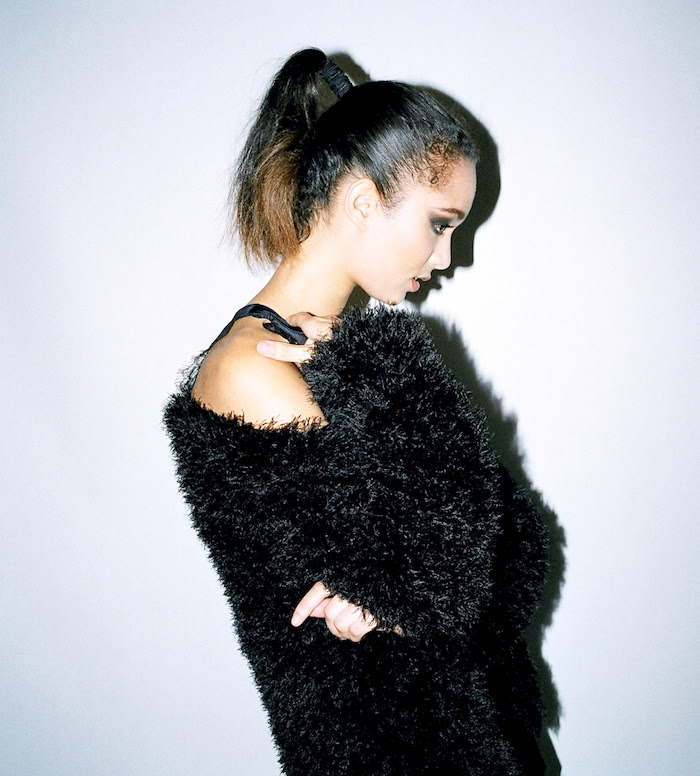 
Billie Black is a name who is on a lot of UK industry lips at the moment. The story goes that the West London student of Guildhall School of Music gained experienc at singing jazz in pubs for college money. That followed her teenage years where she sang with the National Youth Jazz Orchestra and went to the Brit School, home of so many recent musicians like Adele, Katy B and Amy Winehouse.

She was less experienced in writing songs, a thing she first shared publicly this June after working with producers Modyn.

That turned out to be a good idea as her first three tracks were all over the Hype Machine and her first gig lead to a publishing deal with Warner Chappell, an appearance on a Gilles Peterson’s Brownswood compilation and support slot with R&B Brooklynites Wet.

This week, her debut EP 000 100 was released and it’s an accomplished one that pairs her jazzy soulful voice with R&B electronic production. You can listen to it below by way of intro as well as the killer collaboration with Mura Masa.

The best songs of October