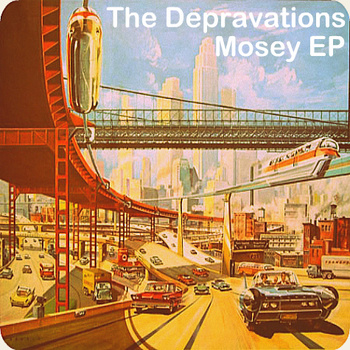 Future Islands – ‘Before the Bridge’

While Ireland’s west coast doesn’t have the same sunny connotations as its American counterpart, Galway four-piece indie-folk band The Depravations redress the balance somewhat with their free download EP Mosey which relies on a gentle and precise folk sound and understated surf-rock Californian harmonies. The Depravations have actually been around since 2007 and luckily for us, this EP was only recorded so they could teach their drummer Mosey Byrne how to play the songs. An album is coming in September.