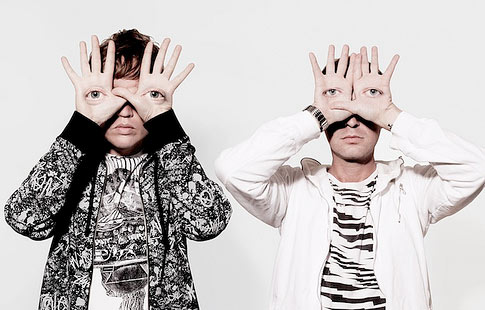 I Spotted this on BigStereo and had to investigate. Pacific! are Gothenburg duo Bjorn Synneby and Daniel Hogberg, childhood friends who released a debut album in 2008 called Reveries. I think they had a single out on Moshi Moshi at one point last year.

Now signed to Alan Braxe’s Vulture label, their music has a theatricality to it, as evidence by the above live ballet performance video. Narcissus is their followup album with a September release date, inspired by Greek myths.

Listen to the debut EP from Elliphant