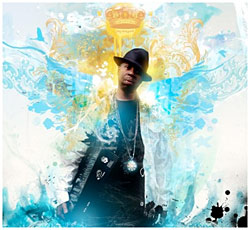 February marked three-years since the inspiring hip-hop producer J. Dilla aka Jay Dee passed away and this June sees another celebration in the form of Jay Stay Paid – a 25-track LP produced by Dilla’s mom Maureen Yancey aka Ma Dukes along with Pete Rock who serves as the presenter for the LP’s radio show format.

J$P is mostly instrumental but features rhymes from Black Thought of the Roots, DOOM, Raekwon, M.O.P, Blu, Havoc of Mobb Deep and little brother Illa J. Some of the material was pulled from old floppy disks & DATs in his studio and spans an eight year period from A Tribe Called Quest’s final album in 1998 to material written in hospital stays during the last months of his life. Jay Stay Paid is out on June 2nd on Nature Sounds.

Here is a 13-minute sampler from the album by the Beat Junkies and J.Rocc: