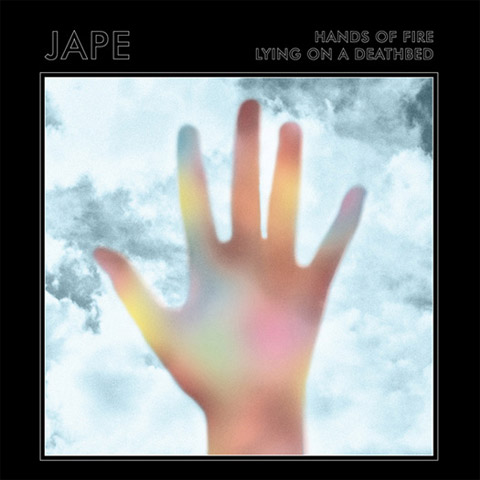 Win tickets, flights and accommodation to Exit Festival in Serbia

As announced last week, Jape releases a double-A side single of new material today. ‘Hands of Fire’/’Lying on a Deathbed’ are the first two new songs to be released before the album Ocean of Frequency hits in September through new Irish label music/is/for/losers.

‘Hands Of Fire’ is the more radio-friendly of the two, a synth-charged upbeat song recorded in Black Box Studios with the rest of the band: Glenn Keating (bass), Ross Turner (drums) and Matthew Bolger (guitars). ‘Lying On A Deathbed’ meanwhile features Conor J. O’Brien of Villagers on drums and electric guitar and starts its narrative with a trip to Brittas Bay when the “Pet Shop Boys were at the height of their fame”.

Listen here and download the songs via the widget below:
Hands Of Fire / Lying on a Deathbed by Jape