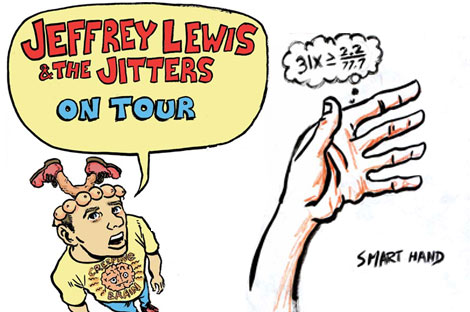 A gig worthy of a heads-up methinks. Jeffrey Lewis and his band the Jitters are playing in Crawdaddy tonight with support from The Mighty Stef. Tickets are €14 standing / €17 seated. I first saw jeff in the same venue in March 2006 and he was an engaging performer complete with anecdotal songs and powerpoint slideshows of his comic artistry. He is touring to support a new album 12 Crass Songs, 12 interpretations of songs by the anarchist punk band Crass out on Rough Trade.

His recent album recorded with his brother Jack, City and Eastern Songs is my favourite ramshackle punk folk album ever. So there.