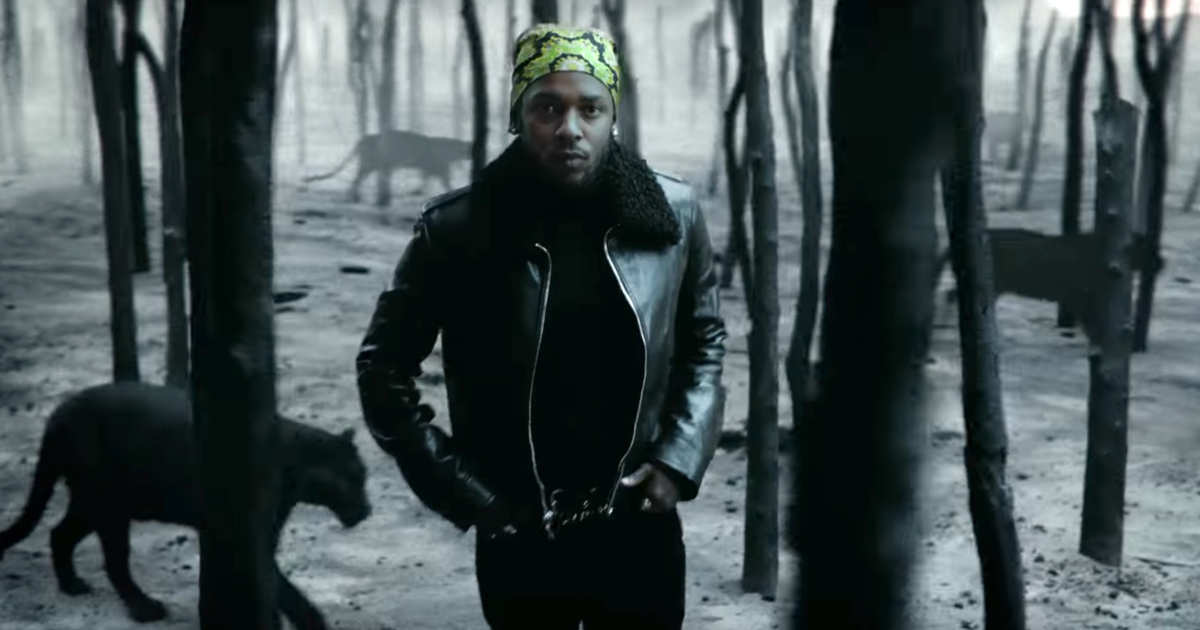 Sylvan Esso to play Dublin outdoor block party this May

Curated artist soundtracks are a relatively new concept in the world of OST with Lorde the most notable high-profile artist to “curate” the third Hunger Games soundtrack. That release served as a nice tie-in in music marketing for a mainstream movie.

For Marvel’s Black Panther soundtrack though, the Marvel studio and the film’s director Ryan Coogler turned to Kendrick Lamar, the conscious rapper who blazes through the mainstream despite the tag.

Lamar curates this 14-track album, along with Top Dawg CEO Anthony “Top Dawg” Tiffith and it feels less an artist marketing and movie tie-in and more a collection of art that uses Black Panther’s black superhero and African heritage themes as an inspirational starting point for a companion piece.

The resulting soundtrack has more in common with Drake’s More Life “playlist”, a loose conceptual collection of music, drawing from the film and an array of musicians and singers excelling in their field. The list of contributors are Kanye-level eyebrow-raising. Among the TDE artists like Schoolboy Q, Ab-Soul, SZA and there are appearances from Future, Jorja Smith, SZA, Anderson Paak, James Blake, Zacari, SOB x RBE, Khalid, Vince Staples, Travis Scott, 2Chainz and The Weeknd.

Also worth noting, as the film is primarily a marquee African American film, that there are South African musicians including vocalist Sjava singing in Zulu and South African house music star Babes Wodumo so it has some cross-cultural collabs that tie into the movie’s themes of African territory and a culturally-rich Atlantis-style forgotten city with a black population.

Kendrick curated and produced the album with TDE in-house producer Sounwave but there’s also production contributions from BADBADNOTGOOD, Frank Dukes, Mike WiLL Made It, Doc McKinney, and Cardo.

Kendrick serves as the album’s executive artist. He’s credited on five tracks but appears on nearly every track backing up the performer or taking lead.

There are clear highlights in the Vince Staples low-end-riding hi-octane ‘Opps’ with Kendrick, Vince Staples and Yugen Blakrok working the beat. ‘Kings Dead’ with JAy Rock, Future and James Blake is elevated by Lamar’s “Red Light/Green Light” outro and Schoolboy Q rises to Lamar’s “are we on ten yet? I live on ten!” jibe with the line on ‘X’ “Not even Kendrick can Humble Me.”

Elsewhere, English R&B singer Jorja Smith adds to the texture and draws parallels to her appearance on Drake’s More Life cut ‘Get It Together’ on ‘I Am’.

It’s not a consistent album but it is a wholly captivating one. Anderson .Paak and James Blake feel a shoehorned into ‘Bloody Waters’; The Weeknd parachutes his own Starboy style into the end of the album on what sounds like a closing credits by numbers number, designed to grab mainstream ears and while I do like ‘All of The Stars’ with SZA’s star turn on the hook, it does stand in stark contrast to the rest of the Black Panther tracks in its pure pop sensibilities.

What ties the soundtrack together is Kendrick’s and lyrical sensibilities exploring the black identity. I can’t imagine more than a handful of these songs appearing in the film itself which would certainly make for an interesting superhero movie watch but there’s enough parallels between the film and Kendrick and his collaborators that this doesn’t feel like just a tie-in, more a considered cultural response, with nods to the film’s plot dotted among its lyrics.

More than a Marvel movie tie-in, Black Panther is a gold standard film soundtrack essentially released through Disney with the best rapper in the world doing it on his and his collaborators own terms.