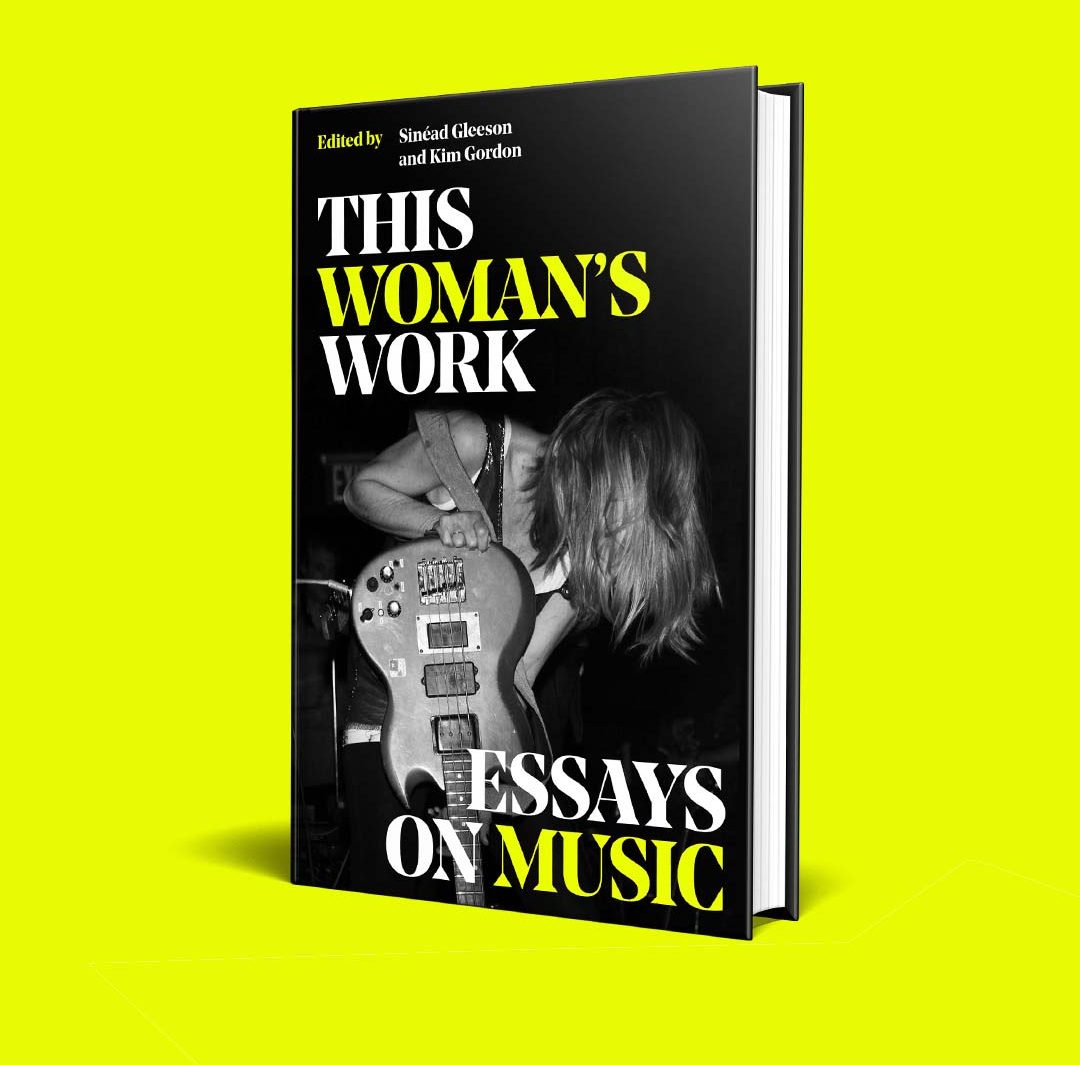 Kim Gordon and Irish authorSinéad Gleeson’s collection of essays by female writers about female artists that matter to them, This Woman’s Work: Essays on Music, is out today White Rabbit, in hardback, trade paperback, ebook and audio.

The book is “for and about the women who kicked in doors, as pioneers of their craft or making politics central to their sound: those who offer a new way of thinking about the vast spectrum of women in music.”

In the book’s press release says “This Woman’s Work seeks to challenge the male dominance and sexism that have been hard-coded in the canons of music, literature, and film and has forced women to fight pigeon-holing or being side-lined by carving out their own space. Women have to speak up, to shout louder to tell their story – like the auteurs and ground-breakers featured in this collection, including: Anne Enright on Laurie Anderson; Megan Jasper on her ground-breaking work with Sub Pop; Margo Jefferson on Bud Powell and Ella Fitzgerald; and Fatima Bhutto on music and dictatorship.

‘“What’s it like to be a girl in a band?” The often-repeated question throughout my career as a musician made me feel disrupted, a freak or that we are all the same. I once asked my boyfriend what it was like to have a penis? To me they are sort of equivalent questions. If it was born out of pure curiosity it’s understandable. Hopefully this book begins an unravelling of the myth that if you’re a female musician you are a ready-made, easily digestible. I loved working with Sinéad on this book – she is a true inspiration! And so thrilled to be working with Lee Brackstone again.’

‘Music has been a massive part of my life, from fan to music journalist and writer, I’ve always been aware that male narratives have dominated this industry; valorised and prioritised above many ground-breaking female practitioners. Women (like Kim) had to carve out their own space within it, and we wanted to create a book that asked women to tell us about the female artists, movements and pioneers that matter to them. It’s been honour to find these stories, and to work alongside Kim – who I first saw play in Dublin with Sonic Youth when I was 16. This Woman’s Work has a stellar list of contributors writing across subjects both familiar and niche and we hope there’s something in here for every music fan.’

Kim Gordon is a visual artist, writer, actor and a founding member of the post punk experimental rock band Sonic Youth. Founded in the early 80s, Sonic Youth was one of the most iconic and influential alternative rock groups. In 2012, Gordon formed Body/Head with Bill Nace, releasing their debut album Coming Apart in 2013. Body/Head released their second studio album, The Switch, in 2018. She released her first solo album, No Home Record, in 2019. As a visual artist, Gordon has shown work the world over including the solo exhibition “She Bites Her Tender Mind” at IMMA (Irish Museum of Modern Art) in Dublin and “Lo-Fi Glamour” at Warhol Museum in Pittsburgh, PA. She is author of the bestselling memoir, Girl in a Band, and 2020’s No Icon.

Sinéad Gleeson is a former music journalist and now author. Her debut essay collection Constellations: Reflections from Life (Picador) won Non-Fiction Book of the Year at 2019 Irish Book Awards and the Dalkey Literary Award for Emerging Writer. It was shortlisted for the Rathbones Folio Prize, the Michel Déon Prize and the James Tait Black Memorial Prize. Her short stories have featured in various anthologies, including Being Various: New Irish Short Stories (Faber, 2019) and Repeal the 8th. She has edited several award-winning anthologies including The Long Gaze Back: An Anthology of Irish Women Writers, The Glass Shore: Short Stories by Women Writers from the North of Ireland and The Art of Glimpse: 100 Irish Short Stories. She is currently working on a novel.