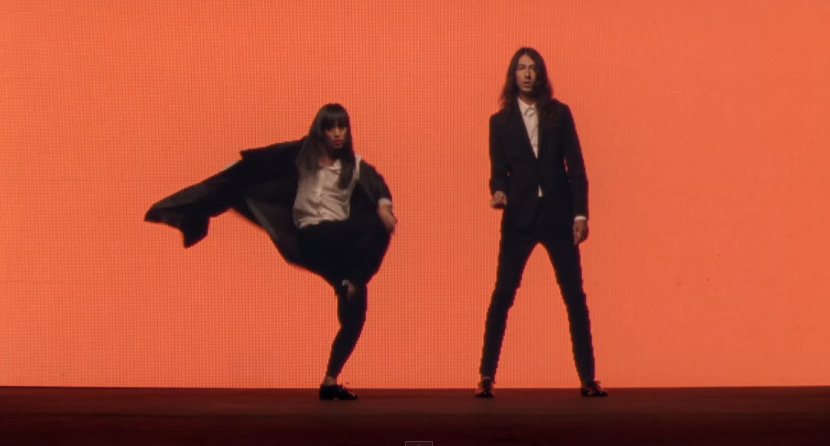 
“We’re in an era when we have the freedom to be completely postmodern in the collage we make, the things we’re inspired by, the sounds we use, It would be boring as hell, lazy, and cowardly to just do what you’ve already done. I did my first record. I don’t need to do it again.”

So Adam Bainbridge told Pitchfork earlier this year. Having listened to the Guardian stream of Kindness’ Otherness, his second album yesterday, he has a point. Different shades are present and while there’s still a background of suave alt-pop, funk and soul, the album has a different tone and guests like Robyn, M.anifest and Kelela help bring that out.

‘This Is Not About Us’ is a good example of what the album features. It’s not an immediate track but its percussive shuffle and vocals set to simple piano and bass notes warm up over repeated listens. The video above, a dance choreography video was shot straight on film and co-directed by Bainbridge with Daniel Brereton. Choreographer Karla Garcia was in charge of the feet.

“Some of my favourite videos are simple choreographies – for the ‘This is Not About Us’ video I wanted to try working with a choreographer and push myself to work on dance in a way that was less free-form and messy. I’m glad to have had the chance to work with Karla and to appreciate even more the role of the choreographer. It’s an ego-less thing to give yourself over to making someone else dance as well as possible, especially when they’re not nearly on your level. Thank you to the crew and Dan for capturing our day together.” -Adam Bainbridge