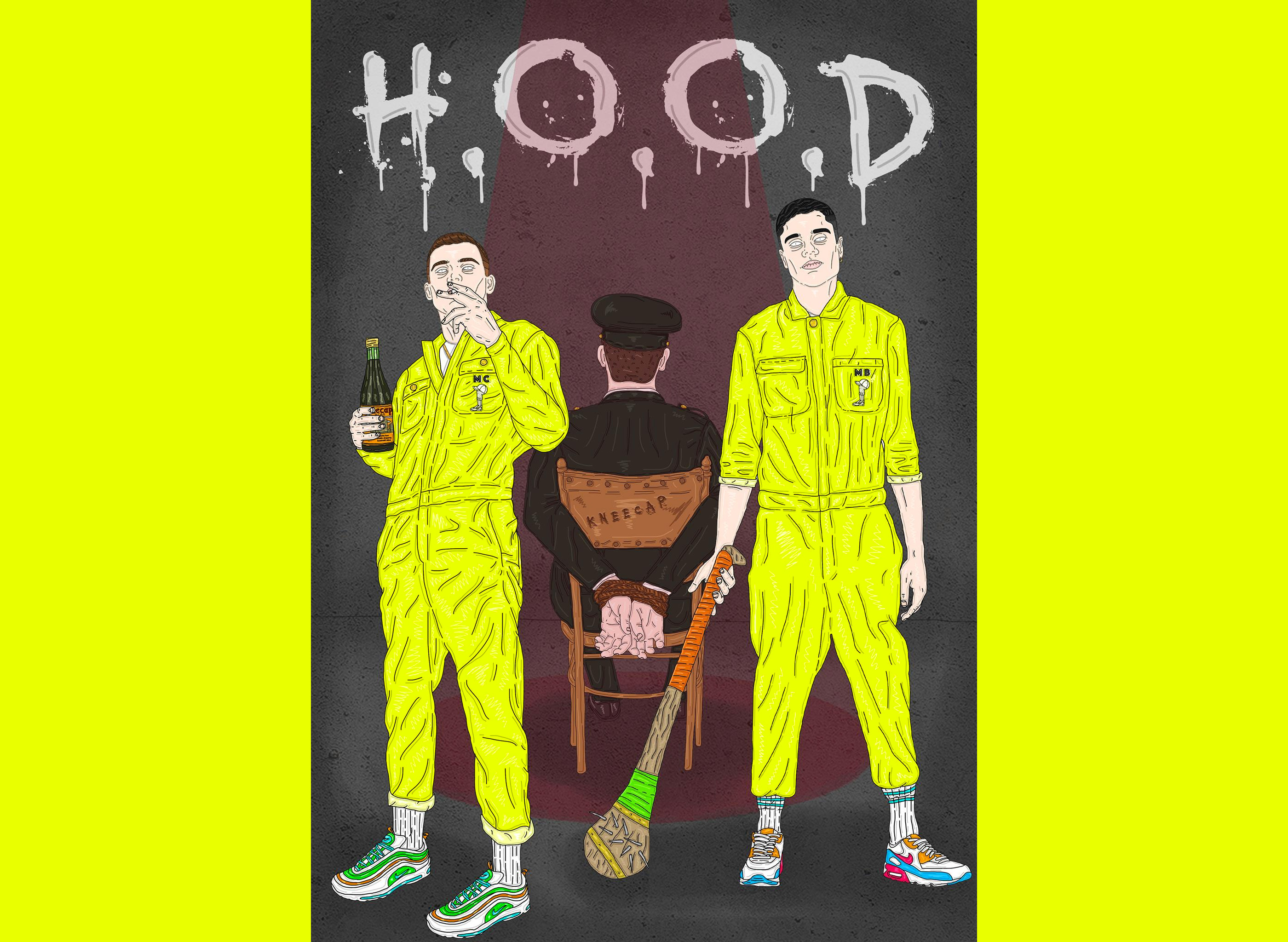 The Belfast rap trio Kneecap arrived in 2017 as one of the first Irish language rappers who made an impression even if you weren’t fluent.

Chara and Moglaí Bap (along with DJ Provaí) displayed a confidence and comfort with the language in a rap context that turned heads while rapping about mostly trivial things: getting caught with drugs by gardaí, bouncers, going out and with references to TG4, Sainsbury’s, the RUC and Bláthnaid Ní Chofaigh.

In recent months, Kneecap have become provocateurs of Irish music. The band’s name is a obvious reference to the Troubles but they have ruffled feathers with their behaviour and tunes.

Firstly RTÉ’s Raidio na Gaeltachta supposedly banned the song ‘Cearta’ after realising it had curses in it and because it refers to the PSNI as the RUC. The band defended the song as satirical saying ” We wanted this song to break stereotypes. We’re not saying we agree with using RUC as a term for the PSNI, but it happens in Belfast.”

Last month, the pair were ejected from their own gig in UCD when the bouncers took exception to their performance.

Then in their hometown’s Empire Music Hall, the band were criticised for reacting to Kate Middleton and Prince William’s appearance in the same building the night before with shouts of “Get the Brits Out,” lead to the band being condemned by the DUP.

Writing for The Guardian last week, Una Mullaly explored the phenomenon of the memeification of IRA phrases like ‘Up the RA’ or ‘Tiocfaidh Ár Lá’ being employed as a joke or edgy provocation over the last 20 years.

What was popularised by the Rubberbandits in a satirical fashion has now travelled beyond its original meaning and become a type of in-joke chant to the point where a fairly benign pop act visiting Ireland will shout it out from the stage, EDM producer Deadmau5 is wondering what it means or Declan Rice has to apologise for commenting it on Instagram before he was more widely known. 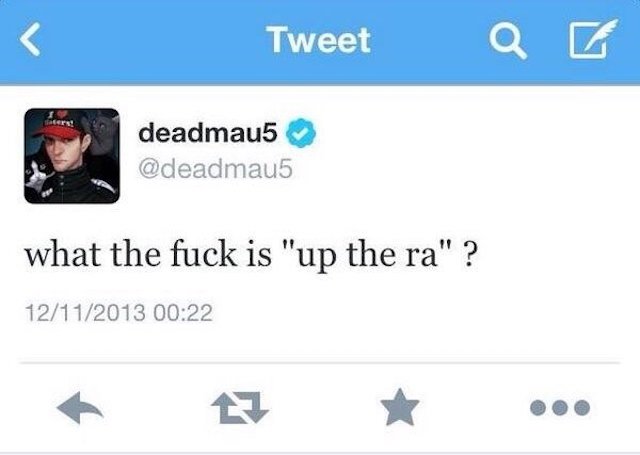 All of that is to say is that Kneecap with are currently embodying the musical equivalent of that memeification. Their new single ‘H.O.O.D’ is the apex of that idea. It’s also Kneecap’s most English language song to date, and their most thrilling yet, breaking free of the band’s reliance on more laid-back beats with a persisent garage-synth bassline and high tempo.

Yes, shouts of ‘Get the Brits Out’ or ‘Tiocfaidh Ár Lá’ are present but there’s no doubt that ‘H.O.O.D.’ is also a satirical play – those proclaimations are also immediately followed by “a one way ticket please / i’ve lost my bus pass”, and the menacing refrain of “it’s gonna be a bloodbath,” is punctured by the line “there’s gonna be a footpath.”

That Kneecap are drawing their art from a contentious well is a thing worth championing in itself, things have moved on in Northern Ireland enough that there is room for that playfulness. It’s not gone away completely as Kneecap’s contentious performances and appearances are challenging the uptight mainstream media while taking the sting out of the narrative of their hometown’s history, which clearly many aren’t ready to accept. ‘H.O.O.D.’ embraces that antagonism while also happening to be Kneecap’s best tune yet.