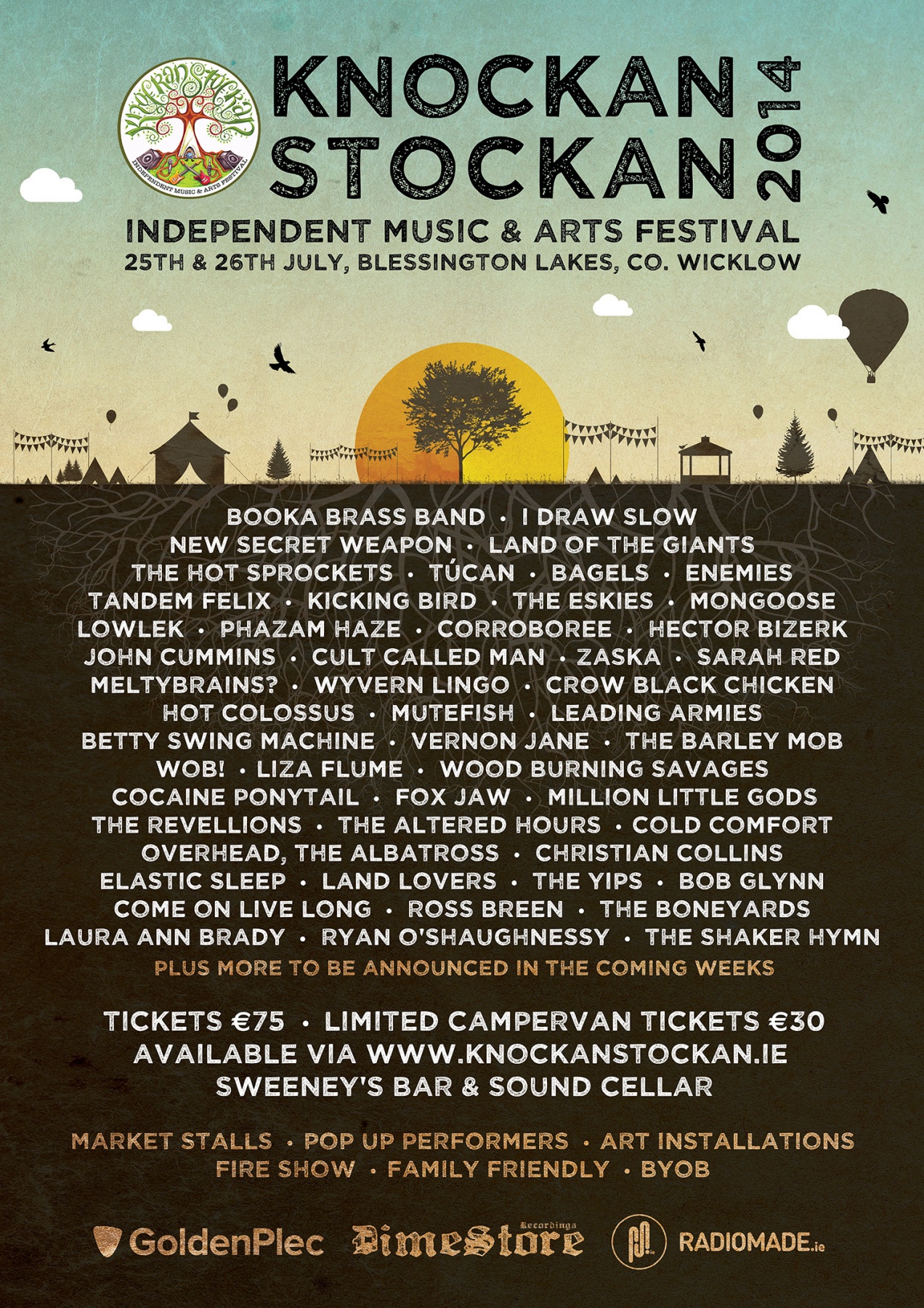 KnockanStockan Festival has announced more names for its eighth lineup of bands for Blessington Lakes in Co. Wicklow on the 25th and 26th of July with personal favourites like Come On Live Long, Liza Flume, Enemies, Booka Brass Band and Meltybrains? on the bill. More names at the end of the month are to come say the organisers.

Goldenplec will host The Faerie Field, showcasing acts from Goldenplec ‘Plec Picks for 2014’ alongside newer acts while Radiomade.ie will be broadcasting live from the site. The festival is also BYOB.

Tickets for the fest are €75 for the weekend from www.knockanstockan.ie.

John Grant to host his own TXFM live show