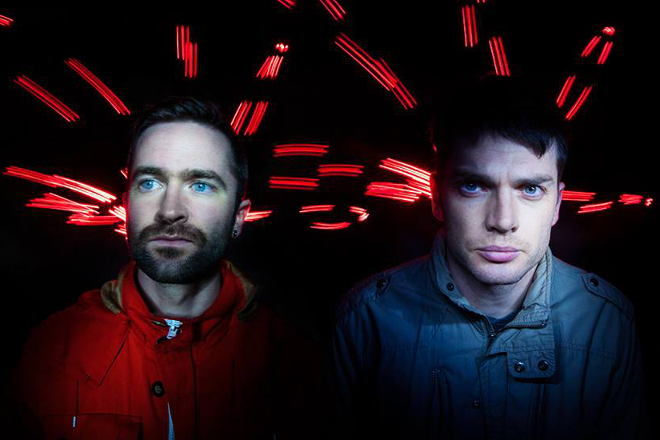 Win tickets to Phase One Festival

Lakker have been a regular name on the Irish electronic scene almost since I first started going to gigs in Dublin put on by Alphabet Set in the basement of a pub on High Street beside Christchurch Cathedral about 13 years ago.

Ian McDonnell (who makes music as Eomac) and Dara Smith have had a good few years that were perhaps encouraged by Aphex Twin playing their tunes in his live set, as he did at Forbidden Fruit in 2011 (the set is on Soundcloud).

Recently, the duo have released singles with Blueprint, Stroboscopic Artefacts and R&S. It’s the latter, the Belgian label which originally released Aphex Twin’s Selected Ambient Works 85-92 and Model 500 which rebooted a few years ago to release the likes of James Blake and Space Dimension Controller, which will release Lakker’s second full length, called Tundra on

There’s a nice interview with the guys on FACT this week and there’s also a track from it to hear – ‘Three Songs’ which in a nice roundabout way, harks back to early Aphex Ambient Works in its playful synth mode, as opposed to the likes of the towering ‘Mountain Divide’ which also features on Tundra.

Tundra is released in May. See a tracklist on iTunes | Pre-order on R&S.