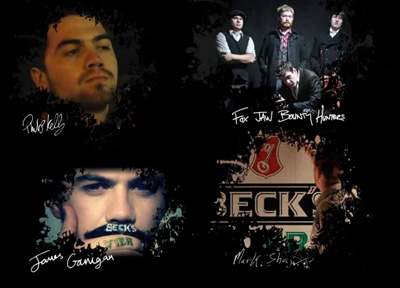 Budding music video and film directors, animators and photographers may be interested in entering Beck’s Vier Express Your Creativity competition.

The competition is looking for submissions for its last week. What you need to do is send 20 seconds of your creativity to www.facebook.com/becksvierireland where winning entries (based on public votes) will be made into commercials and put on air. You’ll also win a HD Sony NEX-VG10 Camera if you’re one of the winners.

Winners so far include Philip Kelly with the short film Pong, a Fox Jaw Bounty Hunters with a stop-motion visual for their track ‘Hatch Sixteen’, actor/director James Gavigan’s surreal film and Mark Shaw who’s video was made up from 324 high-resolution photos. You can see the winners so far at https://apps.facebook.com/becksviercreativity/ where you can enter. The deadline to enter is this Friday. Over 18s only.

You will also find some music recommendations from me on the Beck’s Vier Facebook page every week.