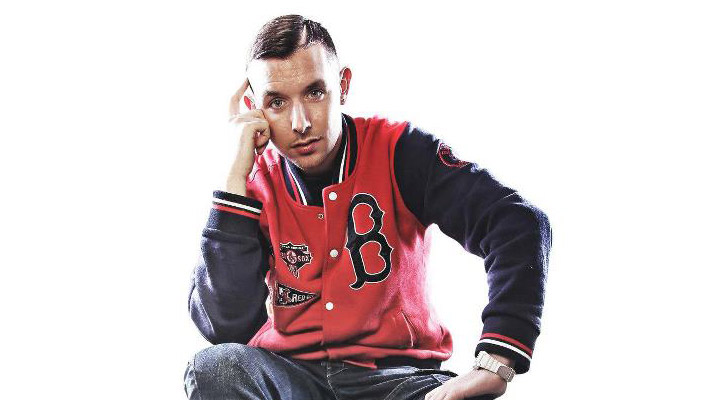 
While Rejjie Snow is getting all the international attention, Lethal Dialect is at the coalface of Irish rap, making music that’s simply better in every way – as a songwriter, rapper, charasmatic performer and authentic figure. LD is a truer representation of what’s going on here on a street level.

He’s been working hard on the followup to LD50 II, and the plan for 1988 is almost complete. The Jacknife J-produced ‘School Dayz Are Over’ Scimon Tist composition is the intro track from the forthcoming album, a statement of intent and a LD history lesson. It’s an overview of the man’s earlier days with emphasis on craft developed while in school (“all the revision I did in that prison was learning the verses i’d written..”) and resolve (” I been elusive since my early teens, often heard and rarely seen and though we may of parted ways we stayed in cahoots.. Like the Timberland tree in the suede on my boots, I may have swayed but I never ever strayed from my roots.”)

The music is hopeful, nostalgic and cinematic, a perfect foil to LD’s considerable words and talent. This is Irish rap to be proud about on our own terms. Roll on 1988.

1988 I hit the planet, neither parent musician nah..
the pair of them were earning a living
so I was birthed into a certain tradition
but by the time I was swearing
I swear the whole fuckin’ family were sharing my vision..
Looking back on school I went from being determined and driven
to snoozing in class, amusing the students, abusing the staff
ditching school matching and alerting suspicion
all the revision I did in that prison was learning the verses i’d written..
I released my debut while Tommy was serving a term and imprisoned
but the original album version was with him
and when it dropped I started slacking
too concerned with chasing skirt and with women
listening to them telling me about how i’m scared of committing
but I interpret it different, so chicken spare me your bitching
you sign up for this best to read the terms and conditions..
But I never regret, thats just a person admitting
to wishing to go back and reverse a decision, you live and learn though.,.

Hook
When me and Jack are in the lab the Chemistry is hard to match
but if I die tonight LD50 is the artefact,
the old heads schooled me to Business but apart from that
I have the Music down to a Science its where my heart is at..
Do the Math kid or if you aint the sharpest tack,
let me spell it out for you i’m talking about the Art of rap..
School Dayz Are Over..Time to plan for the future
forget your History cause none of us can start from scratch

At 17 I was just another brazen adolescent..
Raving at a session on a school night and waking at 11,
then turning up late and missing lessons,
at the back of the class staring out the window gazing at the heavens
the teacher says my lack of concentration is distressing..
I told her be happy I graced her with my presence..
Then she gasped and she asked if i’ll ever stop behaving like a cretin
and said my attitude is in the way of my progression..
She kicked me out the class for imitating her expressions,
if anybody laughs you’s are aiding and abetting
I was suspended for not attending detention after school,
not to mention being condescending and bending half the rules..
Now the principles appraising and assessing..
He said if I get expelled how I plan obtaining a profession..
I told him time is money and were ageing with the seconds..
Fuck a career while i’m here I wanna be making an impression..

I must have spent half the days of my youth
in detention making paper planes, dishing out tirades of abuse..
Mr. Walsh is now a convicted pimp, its sick to think
that he gave me a detention slip for blazing a zoot..
I graduated school and started slaving for suits..
Tryna Get To My Dreams, got led astray in pursuit..
Like I was aiming for the stars but then was failing to shoot,
I put the labor in and never got the savor the fruits..
To my real friends my right hands raised in salute
cause loyalty is just a word that people say when it suits
and I been elusive since my early teens, often heard and rarely seen
and though we may of parted ways we stayed in cahoots..
Like the Timberland tree in the suede on my boots,
I may have swayed but I never ever strayed from my roots..
Now the past is just a memory thats based on the truth..
When im sittin’ and reminiscing’ it plays on a loop..
From my mind, to the page, to getting laid in the booth
through the speakers on the stage when im raisin’ the roof..
Theres two types of people in this world;
Those who find an excuse to make it and those who make an excuse,
which one are you?