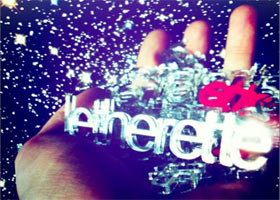 Video: Peter Wolf Crier – ‘Down Down Down’

If you’ve been following Letherette as keenly as I have, the news of a new EP will be good tidings for you. For everyone else, there’s plenty of time to get acquainted. They have dropped a few great tracks thus far: the Solar Bears ‘Crystalline’ remix, the Theophilus London-featuring ‘Late Night Operation’, ‘Blad’ which featured on the Brownswood Electric compilation and remixed FUR.

Letherette are Wolverhampton-based Andy Harber and Richard Roberts and the newest EP contains 8 tracks and was just released on Ho_Tep Records. Here’s a listen to the last track on the EP, a sorrowful one called ‘The Way’:

You can hear more tracks on Youtube and on this Beat Showcase mix.