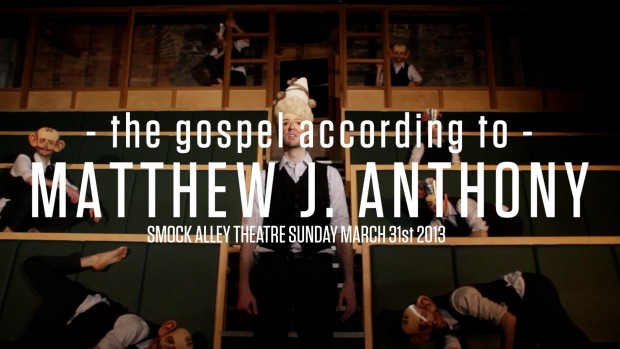 As band careers go, Life After Modelling weren’t really a thing for very long. They released one single called ‘December 21st’ and I saw them play a gig at an IADT college event around that time. It was a long time ago. Thankfully, creepy Irish music website IrishmusicDB has all the info on them in case you’re lost but the band has included James Byrne of Villagers/Any Other City, Bronwyn Murphy White of Grand Pocket Orchestra/Skelocrats, Bennie Reilly of little xs for eyes and Mark Palmer who was in Deputy Fuzz with the aforementioned members.

That precursor band to Life After Modelling, Deputy Fuzz got back together for a once-off gig recently and it must have given the members a thirst for nostalgia as Life After Modelling return to a live setting on Easter Sunday in Smock Alley. Palmer who has made music as Matthew J. Anthony is leading the charge in title at least it seems with a Life After Modelling album The Gospel According to Matthew J Anthony unveiled at the gig with the promise of darkness and blindfolded audience members. Tickets are available from Smock Alley.