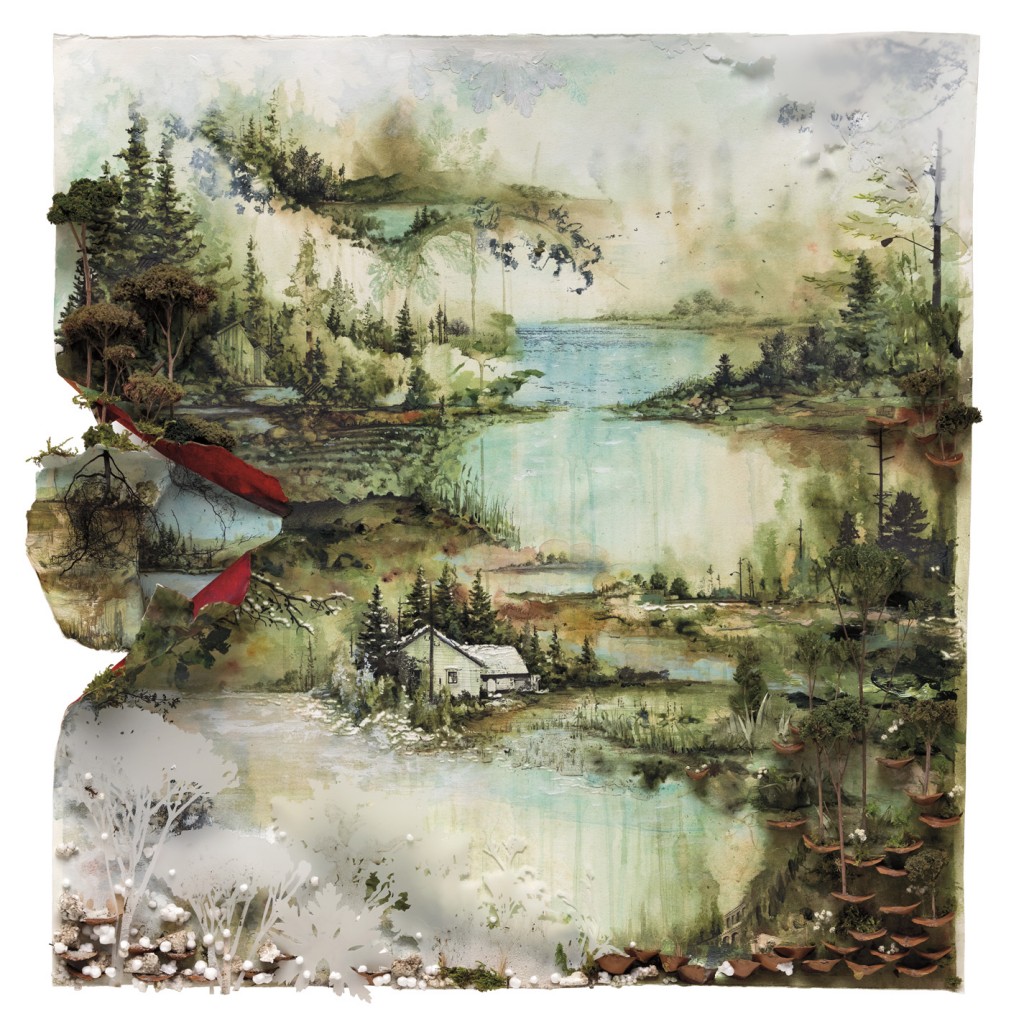 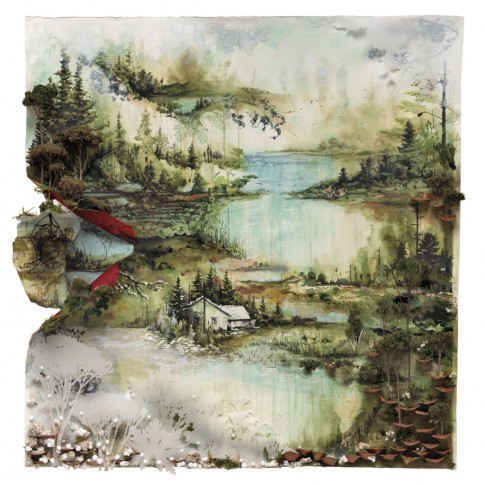 There’s no doubt, the new self-titled Bon Iver album will be a divisive release for many who fell in love with the burning embered heart of For Emma, Forever Ago. A markedly different album, the intervening three years has seen Justin Vernon do backing vocals for Kanye, release the Blood Bank EP, perform with his old band DeYarmond Edison, participate in an ’80s soft rock side project Gayngs and make an ambient band album with Volcano Choir.

It’s the latter two projects that influence Bon Iver. It’s a band record, a meditative soothing journey rather than a catharsis. This is a record to explore, to listen to over and over, to understand, to get familiar with, to let seep into your pores. It’s a headphones record and a very rewarding one if you put the effort in.

Bon Iver features Greg Leisz on pedal steel, Colin Stetson on a horns along with Mike Lewis on guitar (Andrew Bird, Happy Apple), C.J. Camerieri on horns (Rufus Wainwright, Sufjan Stevens) and regular members Sean Carey, Mike Noyce and Matt McCaughan contributed vocals, drums and production. Rob Moose (Antony and the Johnsons, The National) helped with string arrangements, and fellow members of Volcano Choir, Jim Schoenecker and Tom Wincek provided processing. It was recorded in April Base Studios, Wisconsin, a space Justin Vernon owns with his brother that was formerly a veterinarian’s clinic. The main recording space was constructed over a defunct indoor pool attached to the clinic.

Exciting news about those forthcoming live gigs too. There will be a 9-piece band on stage. Let’s hope there’s another Dublin gig announced on the 21st of October as the 20th sold out instantly.

Listen to the album:

Album stream: Retarded Cop – You Have The Right To Remain Retarded

Album Of The Week: SBTRKT – SBTRKT