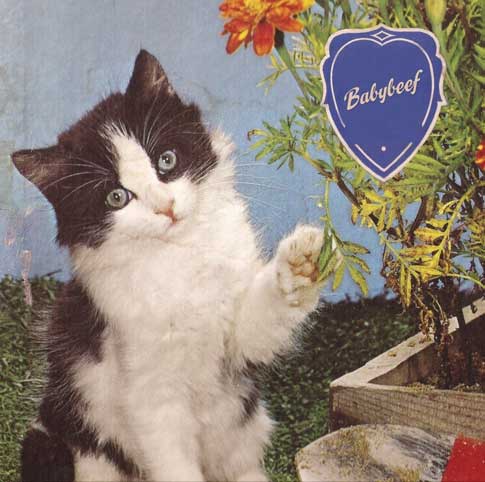 Babybeef is the solo electro-pop project from Dubliner Sarah Carroll Kelly and her debut self-titled album was just launched on Friday in the Twisted Pepper. The album was produced by Stephen Shannon at his Experimental Audio Studios in Dublin. Babybeef is filled with genuine ’80s inspired synth pop and a cover of AC/DC’s ‘Thunderstruck’. Give it a spin after the jump. I love the cat-featuring artwork. The album can be purchased here.