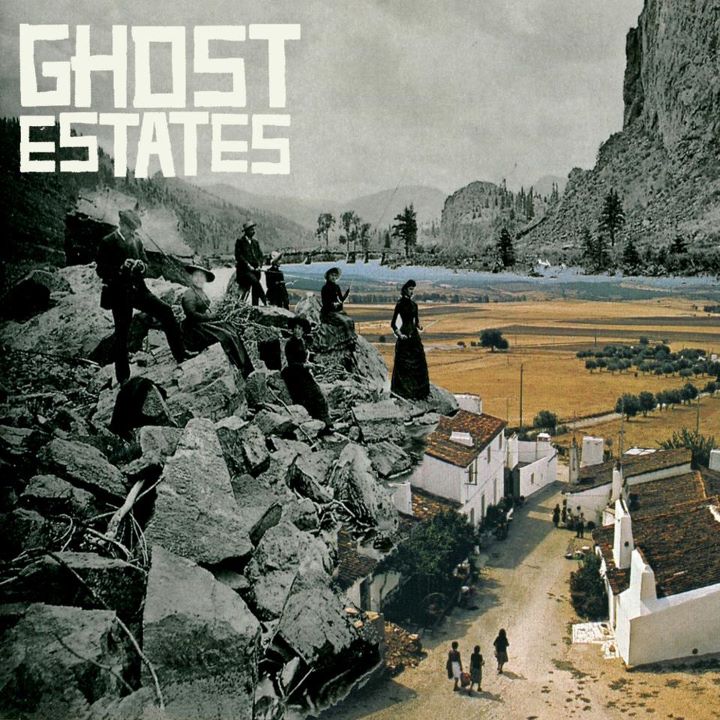 
The stylistically diverse songs that Ghost Estates debuted over the last year or so make much more sense in the context of their debut album. ‘Paris’ had a new wave streak and a serious sax solo; ‘October’ was more of a sky-reaching guitar anthem than anything else and ‘Forever Or Never’ was a direct to the heart indie-rock track so it was hard to know where this band stood, especially as they were formed from two very different bands – Sickboy and 8ball.

The self-titled debut album reveals a band in exploratory form and ties those disparate elements in. There are three songwriters in the band and that gives Ghost Estates a multifaceted sound; they revel in indie-guitar atmospherics, soaring and shredded guitar lines, pop, synth melodies, sax samples, marching drums and Britpop vocals. It’s an impressive, if dense-sounding, first album which was actually recorded before the band played live for the first time last year. It was mixed by Muse’s live engineer Marc Carolan.

You can listen to album right here:

Ghost Estates is released this Saturday on CD, vinyl and download. A launch takes place from 11pm on Saturday with White Collar Boy and The Mighty Stef supporting.