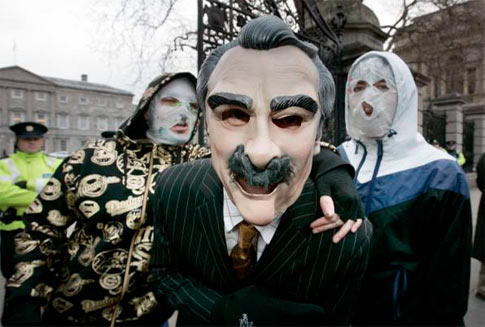 Perhaps the most surreal thing I’ve ever heard on the radio never mind Liveline. Former Minister of Defence and Limerick TD Willie O’Dea defends the Rubberbandits’ ‘Horse Outside’ against a disgruntled caller and actually says the line “It portrays me as selling hash, and swearing on my tache that it’s good hash” from the Bandits song about him. At one point someone says “what is a bag of yokes?”. Then Blindboy Boat Club from Rubberbandits comes on the line to explain subtext in art. RADIO GOLD!

Listen to the broadcast