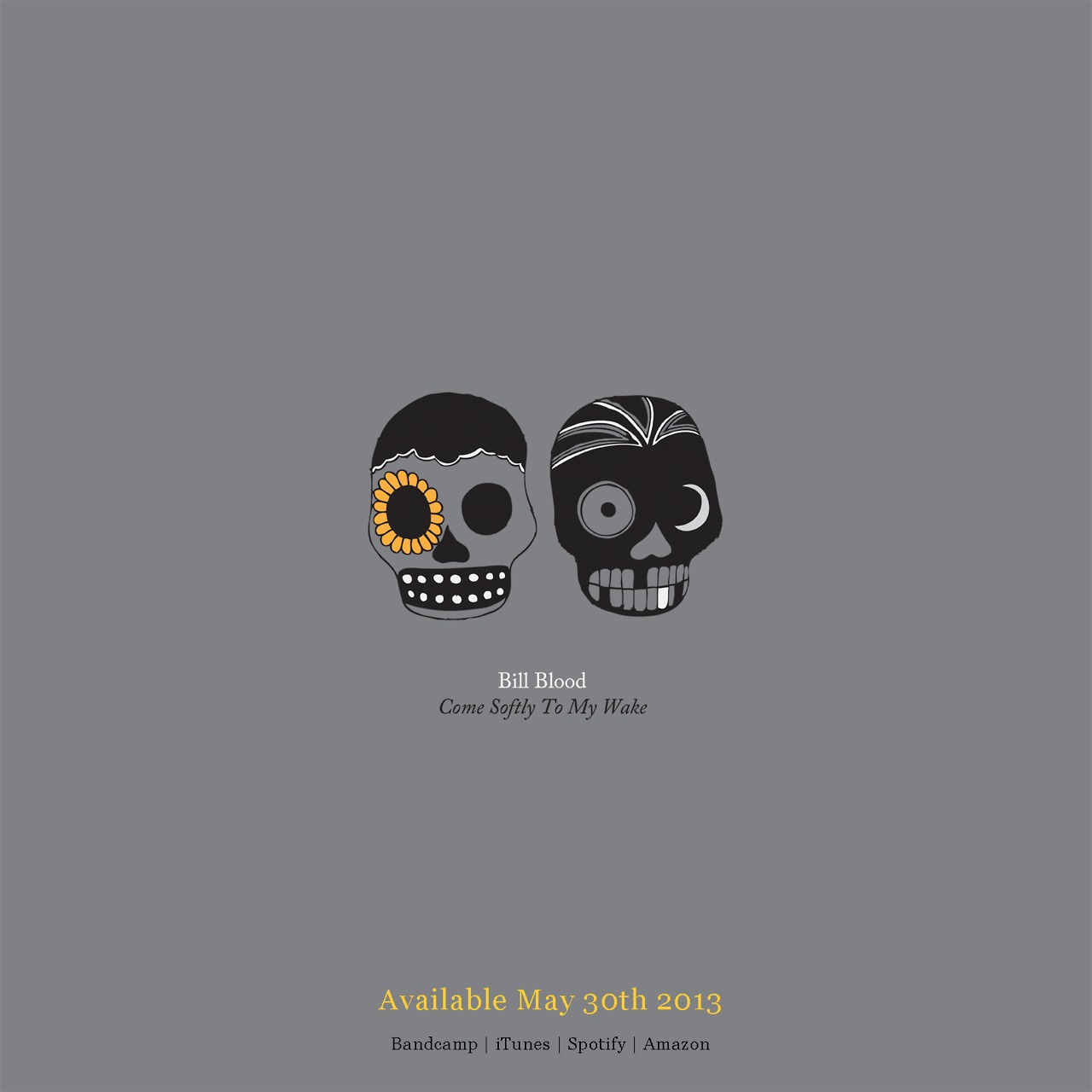 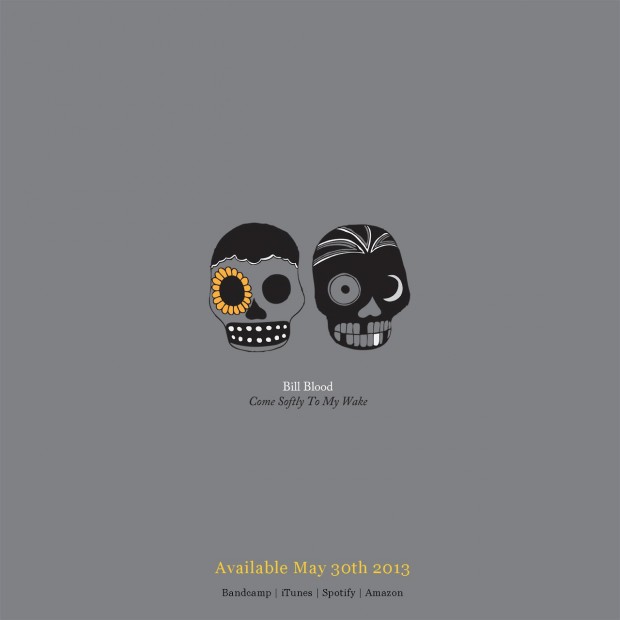 My name is Niall Byrne. There are two other Niall Byrnes I regularly get confused with. It’s a common name in Ireland. One is a composer of TV and Film soundtracks. Another is Niall Byrne of The Redneck Manifesto, also one half of Visionair with Richie Egan. He is also Bill Blood.

Bill Blood is Byrne’s new project, which is simple compared to the busy post-rock style of the former and the electronic synthesizer focus of the later. Come Softly To My Wake is Byrne with just a voice and a guitar and some small embellishments.

Over the course of its 30 minute running time, Byrne explores a laid-back blues and folk acoustic style and 10 tracks, and most are unadorned from any great energy. Instead, there are light touches of electronics, organ and percussion, never high in the mix. Its mellow atmosphere feels as if it was recorded in a relaxed studio over a day and that’s what happened. It was recorded in a wintery afternoon with the help of Richie Egan while Neil O’Connor (Somadrone / The Rednecks) added some keyboards and light percussion.

It’s a suitable feel for songs exploring intimate universal topics on songs like ‘Being In Love’ (“Love is a beautiful thing that makes the weakest of us feel like a king”), ‘Evil Eye’, ‘Just Got Paid’ and ‘Bring On The Wolves’.

Come Softly To My Wake is released on May 30th 2013 on CD/MP3 on Temporary Secretary Recordings with a release gig on Saturday June 8th in Bewleys Cafe Theatre (Grafton St), with Richard Egan (Jape) and Dylan Phillips (Dinah Brand).