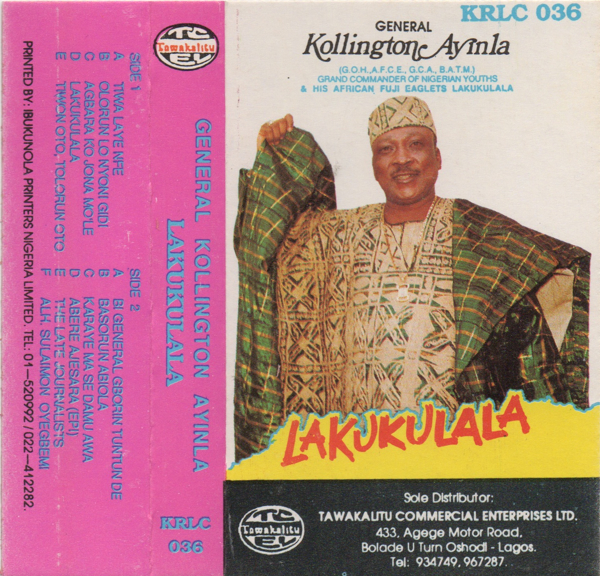 I’ve been following the Awesome Tapes From Africa blog for as almost as long as I’ve been blogging since 2006. Brian Shimkovitz started posting MP3s of cassettes he picked up on his travels in Africa since 2002. Last year, he kicked off his Awesome Tapes label with a release from Malian singer Nâ Hawa Doumbia and another from Ghana’s Bola.

Ahead of his DJ appearance alongside Clark, Hype Williams, Forrests, Subaltern and Sunken Foal this Sunday at the Static Weekender in the Button Factory, Shimkovitz made a mix for us of some of his recent favourite finds including Gyedu Blay Ambolley’s ‘Burkina Faso’, Malian government-supported Orchestre Régional de Ségou, the National Youth Choir of Namibia, Nigerian fuji from General Kollington Ayinla & His African Fuji Eaglets (that’s him above), Ethiopian sax man Getatchew Mekurya, Ghanaian hiplife artist Getatchew Mekurya and Moroccan musician Lahbib Boutaxi. Full tracklist and links below.

Listen to the Nialler9 Halloween mix 2012