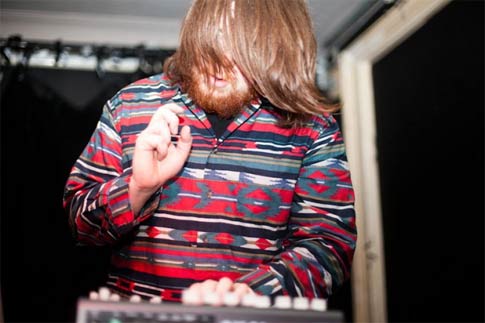 I’ve been a frequent supporter of Darren Williams aka Star Slinger in the past, repping his tracks, remixes and presenting his debut Irish visit in 2011. Since then, he’s had a couple of original single collaborations with rappers Teki Latek and Reggie B, remixing LOLBoys, The Weeknd, Bondax and opening for A$AP Rocky. Lately, he’s been running a series of club nights from city to city called Jet Jam.

He returns to Dublin this Wednesday to play Absolut Unique in the Academy, Dublin along with Jacques Lu Cont. Tickets can be got at Facebook. I asked Darren about some of his favourite tracks…

Your go to disco track?
It’s not strictly disco, it’s more synth boogie but I’d say Advance’s ‘Take Me To The Top’.

Remix of the year?

Favourite track of your own right now?

‘Ladies in the Back’ (feat. Teki Latex)

A song have you discovered/heard in a club (or gig) recently that blew you away?


Your first vinyl purchase and why?

Three Drives “Greece 2000” – I’d begged my mum for turntables & was into trance when i was 13. It’s an anthem & still love it to this day even though I don’t listen to trance anymore.

A song guaranteed to get bums on the dance floor?

It was a bootleg bmore edit of George Harrison “Set On You” on Tittsworth & Ayres Chedda EP. The rest of the songs are monsters, but that one is a bit too based for most people hahaha.

Favourite rapper of the moment?

Song of the year?

Massively low-key but this gem of a track called “Want U Back” by a young producer from Kansas called Norrit. Has this crazy whistle sound in it as well as these lush warm synths & drum machine rim shots. Doesn’t sound huge on laptop speakers, but the bass sounds massive in the club.