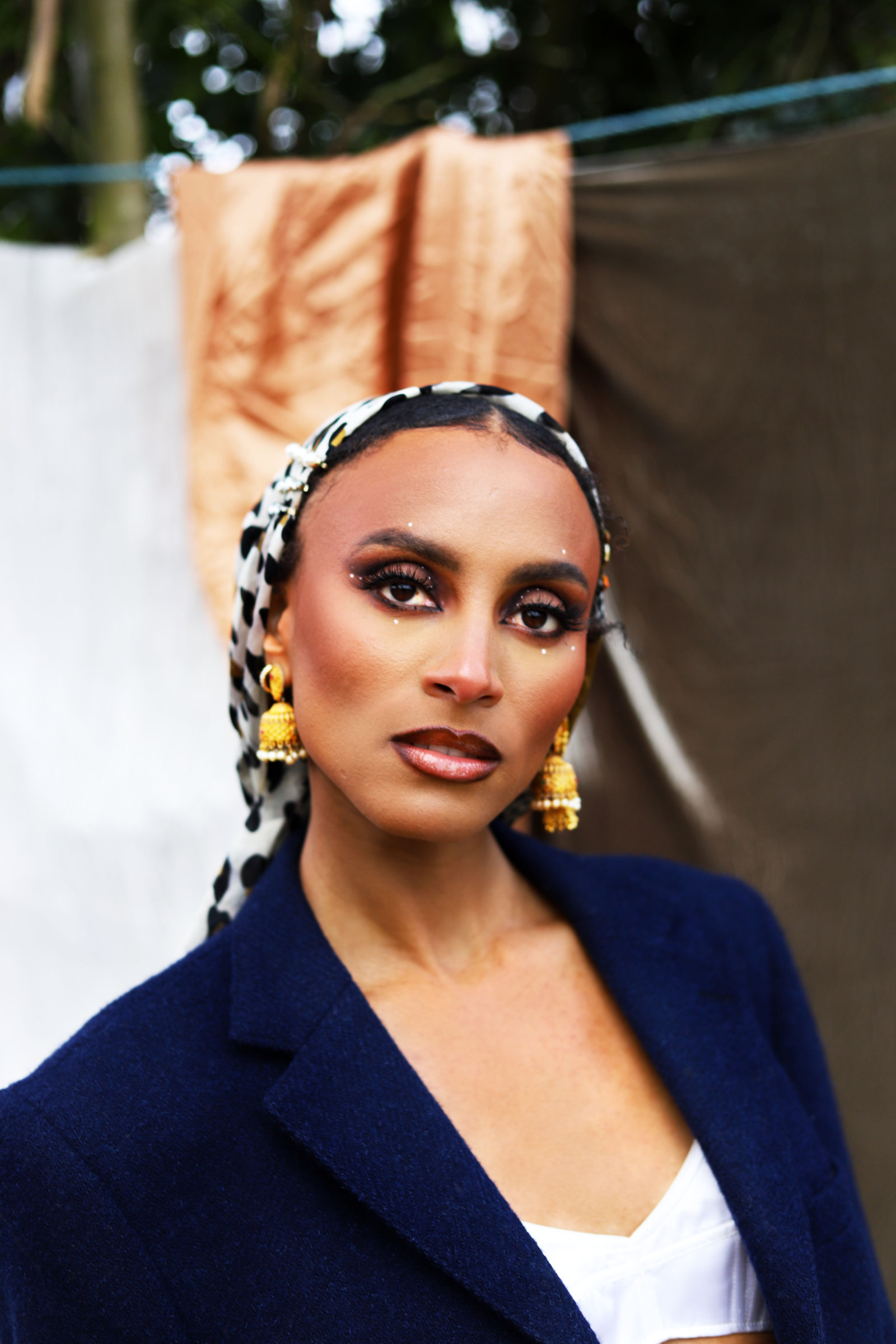 Loah has used this stop-gap year in her career and personal life to explore a series of songs which take poems from the 1920s from prominent poets and set them to music.

Today you can hear her song version of ‘The Body To The Soul’ by Irish poet, dramatist, suffragist, social worker, labour and LGBTQ activist Eva Gore Booth. Booth was born in born at Lissadell House in Sligo, was the younger sister of Constance Gore-Booth, later known as the Countess Markievicz.

Hear ‘The Body To The Soul’:

Loah also shared these words about the project:

As the COVID-19 crisis prevented me from moving to New York in 2020 as I had planned, I took an international approach and chose works by several poets who originate in Ireland, The United States and Sierra Leone. The poets I chose are Langston Hughes [USA], Georgia Douglas Johnson [USA], Gladys Casely-Hayford [Sierra Leone], Eva Gore Booth [Ireland], W.B. Yeats [Ireland], and Katharine Tynan [Ireland].

The 1920s were, much as we are experiencing now, a time of great challenge and change internationally. At home the Rising had shaken the foundations of our nation, leading to the War of Independence. The Women’s Suffrage Movement was beginning to see its parliamentary goals achieved globally. Stateside, the Harlem renaissance was setting the tone for a century of African-American intellectual emancipation and self-expression, with its genesis in the literary arts. This decade truly presented a zenith of post-war hope and aspiration, before the Great Depression of the 30s. This is represented powerfully in the writings of the time. The differences and parallels of where we are a century later set the tone for this song cycle series.

The poets chosen were very much writing from the lived experience of these great, existential travails, and much solace can be taken today from their elegant processing of and reflections upon the complexities their people were facing. While the poets I’ve chosen worked and published extensively throughout many decades, I am choosing to centre the series on works specifically published during the 1920s, with two exceptions. Taking the form of the folk song to bring the poems alive connects the past to the present in this most ancient means of storytelling, and certainly brings them alive for me personally.

The Body to the Soul :: Eva Gore Booth :: 1929 Eva Gore-Booth was an incredible woman in her time – a poet, playwright, suffragette, social worker, labour rights activist. She fought for women’s rights to vote, our rights in the workplace, not to mention being an LGBTQ heroine and was an all-around genuine legend in every sense of the word. I first came to know of her through the Yeats poem, In Memory of Eva Gore-Booth and Con Markievicz, but it was only in the course of this project that I looked deeper into her own work as a writer.

I chose The Body to the Soul as it has a very dualistic quality I found beautiful. It’s ethereal, but it’s also a direct conversation between the body and the soul. The body is sometimes playfully, sometimes angrily admonishing the soul for everything that the soul is putting it through: how much work, how much sorrow, how much intensity and contrast. And after all that, the body returns to cruel and indifferent dust while the soul flies on to enjoy eternal life. It’s given me wonderful, if sometimes sombre, perspective in this time.

The Body To The Soul

You have dragged me on through the wild wood ways,
You have given me toil and scanty rest,
I have seen the light of ten thousand days
Grow dim and sink and fade in the West.

Once you bore me forth from the dusty gloom,
Weeping and helpless and naked and blind,
Now you would hide me deep down in the tomb,
And wander away on the moonlit wind.

You would bury me like a thing of shame,
Silently into the darkness thrust,
You would mix my heart that was once a flame
With the mouldering clay and the wandering dust.

The eyes that wept for your sorrowful will
Shall be laid among evil and unclean things,
The heart that was faithful through good and ill
You scorn for a flutter of tawdry wings.

You were the moonlight, I lived in the sun;
Could there ever be peace between us twain?
I sought the Many, you seek the One,
You are the slayer, I am the slain.

Oh soul, when you mount to your flame-built throne
Will you dream no dream of the broken clay?
Will you breathe o’er the stars in your pathway strown,
No sigh for the daisies of yesterday?

As you wander the shining corridors,
A lonely wave in the ocean of light,
Have you never a thought of the lake’s lost shores,
Or the fire-lit cottage dim and white?

Shall not the dear smell of the rain-wet soil
Through the windless spheres and the silence float?
Shall not my hands that are brown with toil
Take your dreams and high desires by the throat?

Behold, I reach forth from beyond the years,
I will cry to you from beneath the sod,
I will drag you back from the starry spheres,
Yea, down from the very bosom of God.

You cannot hide from the sun and the wind,
Or the whispered song of the April rain,
The proud earth that moulds all things to her mind,
Shall gather you out of the deeps again.

You shall follow once more a wandering fire,
You shall gaze again on the starlit sea,
You shall gather roses out of the mire:
Alas, but you shall not remember me.