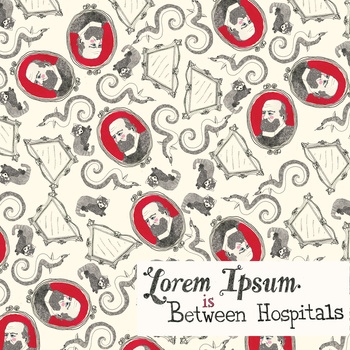 A lot of the 10-track album sounds like Zomby if he composed music that was about to disintegrate which is part of its lo-fi charm (or if he forgot to get his music mastered) but there’s plenty of original rhythms to keep you interested. It’s also got a weird cover of Jennifer Paige’s ‘Crush’ that sounds like the song was recorded in an echo chamber. Listen to the album below or via Bandcamp.

Lorem Ipsum is the project of Howard H. Baker, a compact cassette enthusiast living at the foot of the Wicklow Mountains. It is entirely reliant on homemade tape loops garnered from his 10,000+ cassette collection, taking in carefully-scissored and respooled samples from 1970s RTE Talk Shows, drum n’ bass pirate broadcasts, and Nina Simone bootlegs.