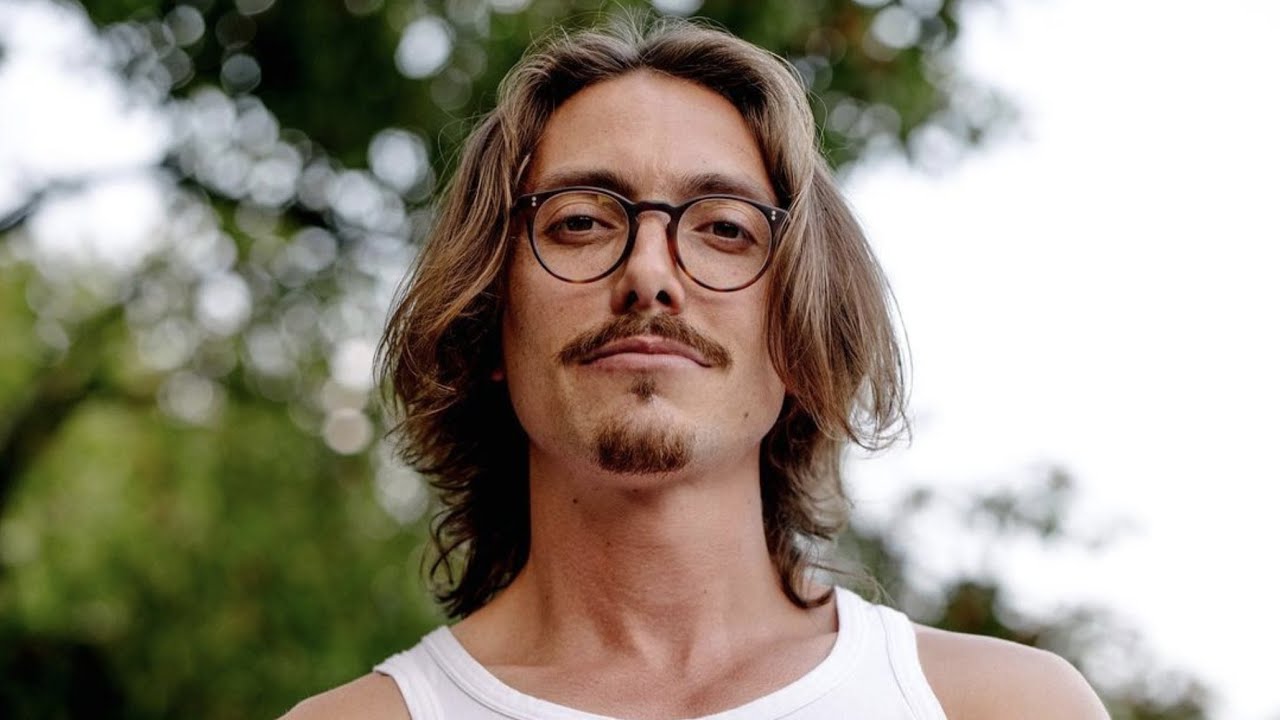 The one-man comedic loop sensation Marc Rebillet is coming back to Dublin next February.

The “Loop Daddy” will play live at The National Stadium in Dublin on February 12th 2022.

The show is presented by Singular Artists and Hidden Agenda.

Tickets are €32.50 plus fees from singularartists.ie

Read our 2019 interview with Rebillet.

Here he is in Vicar Street:

Here you will learn everything you need to know about Marc Rebillet, aka Marc “Loop Daddy” Rebillet, aka Marc “I paid you to be a DJ for my wedding, not to waste the atmosphere with your shits” Rebillet, an artist, actor, musician, composer, humorist, philosopher and phone psychotherapist who explores the realms of the looping art through such mainstream themes as rape, buttholes, or herpes.

Marc was spiritually born around 2007 in an iPhone waiting line. Hearing a voice in the bathroom calling him on a mission, he went there and found fortune. He then launched his big plan for ruling the world, based on pooping on everything. He failed, but his aspirations remain intact.

Taking advantage of the huge popularity he immediately reached on YouTube (14 subscribers in less than a day), he bought a BOSS RC-505 loop station. To cook rice? No, asshole, to make loops. Some may ask: “Why looping?” and Marc would probably answer: “I don’t know man, I just do what I like”. But don’t be fooled, we all know the reason is that he’s just a lazy dumbass.

Despite what you might expect, he learned to play the piano at 5. Immediately noticed by his teachers, he became the boy we all know as the “Mozart of Dallas” in no time, composing his best masterpieces before reaching age 12. He then fell sick, ravaged by an inexplicable melancholy.

Desperate, his parents tried everything to cure him. From therapists to beating the shit out of him, including his uncle Jimmy trying to help with “special bedroom sessions”, nothing seemed to lead to recovery. He got worse.

Did you know that the BOSS RC-505 loop station can be operated with the hands, and is absolutely perfect for beatboxers, vocalists, club performers, and normal people who liked to hear the word “butthole” 13452 times, without actually having to pronounce the whole of it?

Not to mention it has not 1, not 2, not 3, not 4, but 5 stereo phrase tracks, with dedicated controls (so you don’t have to bet which one will work each time), and independent volume faders (so you can lower your voice with a touch, instead of running far away from the microphone, as our ancestors used to do). It includes a wide range of Input FX and Track FX, who gives a fuck about the meaning of this, but you’ll be happy to know it’s useful for processing loops. It contains a DJ (I’m imagining a real guy delivered with the BOSS RC-505, what a comic thought) and sampler-style effects, like the priceless robot voice, or the famous and traditionally misogynist “woman voice”.

You can register no less than 99 phrases. As the famous actor once said: “Wow”. But wait, could you guess that these 99 phrases each contain 5 phrase tracks, custom effects and even, even, ladies and gentlemen, you won’t believe it: and even MORE? What does more mean, you might ask? Copywriters are not well-paid for product descriptions, so fuck you.

Are we finished with that advertising-in-disguise? Yes, we are, but a last word before we move on to another fascinating subject: the BOSS RC-505 includes 85 onboard rhythm patterns. 85, motherfucker. I could cry about that.

Now I know what you all want to know. Please, Marc, tell us everything about your keyboard! You mean my computer keyboard? Marc, is that a joke? I try to be funny and you trick me, you ungrateful bastards. Well ok, you win! I play on an M-Audio Axiom 49 Semi-Weighted USB MIDI controller! Here! You’re happy now? Is that what you want? You want me to be serious? Do you want me to commit suicide? Do you want me to burn a post-office?

Before bringing that appalling description to an end, I would like to remind to everyone 5 basic rules for a nice living on Earth:

11 new songs from Irish artists you should hear this week