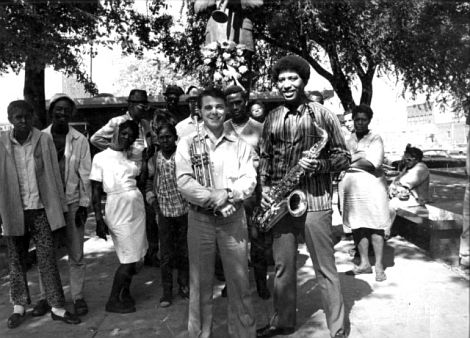 A series on Memphis music, where Don shares some love for music from his hometown.

While thinking about what to write for my next post, I read somewhere that Memphis is mentioned in more songs and song titles than any other city in the world. That’s kind of cool and I’d like to take the opportunity to spread the word about two good ones.

The first up is the legendary King Curtis’ rendition of ‘Memphis Soul Stew.’ Backed by heavyweights like Bernard Purdie, Billy Preston and Cornell Dupree, the lineup also included the Memphis Horns (formerly the Mar-Keys). The Memphis Horns had two core musicians, Wayne Jackson on trumpet and Andrew Love on tenor sax. The appeared on nearly every recording for Stax and are featured here alongside fellow Memphian Rufus Thomas. ‘Memphis Soul Stew’ is taken from a concert at the Fillmore West which Aretha Franklin was headlining. The Memphis Horns played with both Curtis and Franklin, but if you listen to both sets back-to-back, you can tell they were completely worn out halfway through Aretha’s set. Only one reason for that: King Curtis was bangin’ from start to finish.

The second track has been a favourite of mine for ages. Herbie Mann was one of the most renowned jazz flautists of all times. He recorded the album ‘Memphis Underground’ in 1969 with a killer rhythm section of Memphis studio musicians like Gene Christman, Mike Leech, Bobby Emmons, Reggie Yound, Bobby Wood. Those guys played with everyone and helped solidify Memphis’ reputation as a music city. The fact that ‘Memphis Underground’ is one of the finest jazz/soul albums to have ever come from the city shouldn’t come as a surprise.

The Best of Ethiopiques series