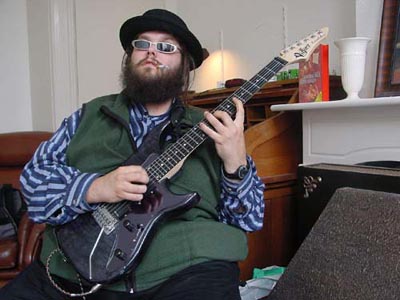 The second in a series on Memphis music, where Don shares some love for music from his hometown.

I met Shawn Lane a couple of years before his untimely death. Sandip Burman was passing through on a university tour. Frank Schaffer, U of M faculty extraordinaire, asked if it was cool for Sandip to crash at the house where I was living. Shawn called round for a session the first night. It was profound.

The history on him is that Shawn was from Memphis and started out playing guitar for Black Oak Arkansas. That might not sound too impressive, BOA aren’t everyone’s taste, but Shawn transformed the band at the age of 14 and was out by the time his 18th rolled around. Fuckin’ legend. He went on to play with some of the greats of Indian/Jazz/Fusion: Zakir Hussain, V. Selvaganesh, and Allan Holdsworth. He also released a highly acclaimed solo effort, Powers of Ten.

Back to that night in Memphis, Shawn got his hands on this fretless acoustic that had the sawed-in-half headstock of a mandolin added to where the neck joined the body. That gave the guitar some sympathetic strings, like on a sitar. Shawn tore it to shreds. Nobody could really step to the guy. It was the only time in my life when I’ve actually been afraid to pick up a guitar in someone’s presence. I hope some of you find Shawn’s musical ability as incredible as I do.

On a side note, Sandip Burman ran up hell of phone bills.