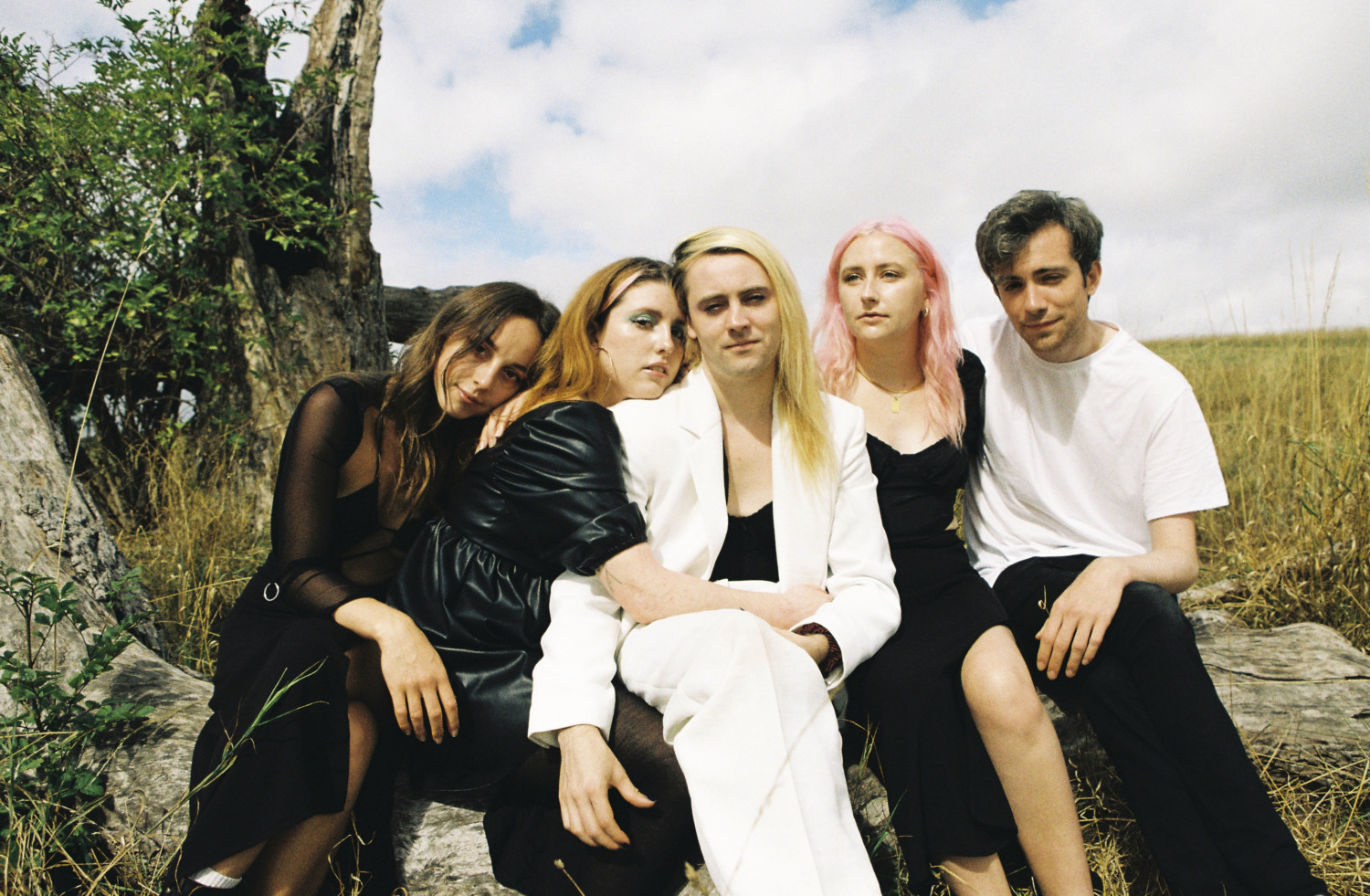 The band have also announced a tour for 2023 alongside it, with dates below.

A video for a new version of previously-released track ‘Asking For It’, a song that was written in the about male violence against women. The song was written by singer Róisín Nic Ghearailt says:

“I wrote it initially in 2016 then revisited it in 2020. I was shocked by how much internalised victim blaming there was in the lyrics. I rewrote it, then we recorded it and it was released to raise money for Women’s Aid in 2021. The album version is a lot angrier than the 2021 one and almost satirical insofar as it’s highlighting how ludicrous the notion of anyone ‘asking for it’ is.”

The video for the song is by band member Zoë Greenway, who also did the band’s album artwork.

“This has been the most difficult video I’ve made for M(h)aol to date. There’s so much power and emotion in Róisín’s lyrics and performance, so we worked really hard to create a responsible and sensitive portrayal of this experience she’s conveying, do it justice and make people care.”

“I think lots of media and cultural depictions of r*pe can be retraumatising. We wanted the video to be cathartic rather than traumatising. We both wanted to offer resources and highlight services that are available to survivors. The quotes in the video highlight the change in the song too, over the years it became a much more hopeful one.”

“I hope watching the video inspires compassion and empathy in people. I think it’s important to open channels of communication around sexual assault in a way that validates a victims traumatic experience and shows a path towards a more hopeful and supportive healing journey. I think empathy is paramount in trying to build a better world.”

M(h)aol are based in Dublin, London, and Bristol and are Róisín Nic Ghearailt, Constance Keane, Jamie Hyland, Zoë Greenway and Sean Nolan.

The album comes after the band’s EP Gender Studies.

Attachment Styles is a record about social connection, queerness and healing. When Róisín was writing the lyrics, she used the theory of attachment styles as an overarching theme which is a theory that looks at the impact our inter-familial relationships and society have on how we relate to one another.

With the album, the listener goes on a journey of healing. We start with ‘Asking For It’, a song that deals with one of the worst things that can happen to someone, then we travel through various stages of self-acceptance and community building with the triumphant ‘Period Sex’.

Bassist Jamie produced, mixed, and mastered the album where she wanted to capture the live element, meaning it was recorded in one small room with no headphones, minimal drum mics, and only a PA for vocals.

Watch the music video for The Blaze’s new song ‘Dreamer’