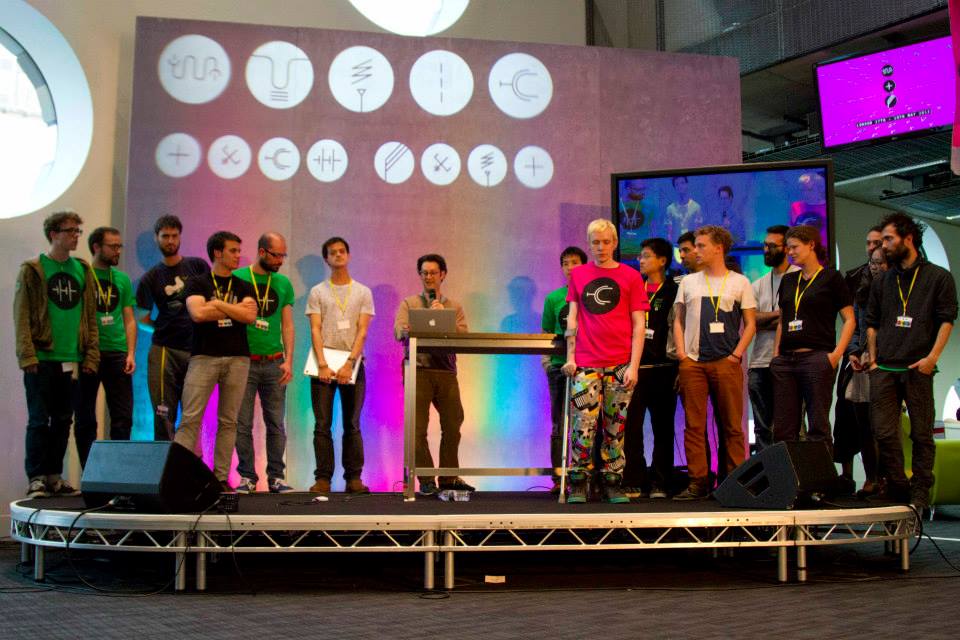 The “festival of ideas” focuses on showcasing technological-slanted music ideas and is for industry, media, startups, artists, creators, developers and hackers and is more about performances, presentations, demos than a traditional conference setup.

Have a look at what’s lined up for the weekend, including a quartet making music from brainwaves, a computer that composes classical music, wearable performance tech and more. Tickets are £20 per day.

Here’s what to expect:

Join us as we take over the music industry and invent it again from scratch with new technologies, new ideas and new economics. From an exclusive sneak preview of a documentary film about the social technologies of independent music collectives in Brazil to the introduction of brand new music formats, new wearable performance technologies and the reinvention of merchandise, a specially commissioned wearable tech performance with Jason Singh, new ways of being a band, brand new apps – and radical digital innovation from a bunch of people who are several steps ahead in their thinking about the music business.

On Saturday, we’re going Gunk – geek punk. Forget three chords – here’s a Raspberry Pi, an accelerometer and the Soundcloud API. Go form a band. Have a battle of the apps. We’re pitching Coldcut with Ninja Jamm against Yellofier. Improvise with gaming controllers and enrol in Fakebit Polytechnic. Rough and ready innovation at the cutting edge of music and tech. We’ll also be getting into HMI – Human Music Interaction – music and the brain, music and emotion, music and visuals, new works at the intersection of contemporary music and data and live performances by a brainwave quartet – as well as a new classical work entirely composed by a computer.

Roll up your sleeves and get your ears dirty. Music is for playing. Technology is for making. We’re getting out the components, breaking open the software. Anything that can make noise will make noise. Bring your inner child – and your outer one. Here’s your chance to get involved and help invent the future of music – or simply watch it being invented before your eyes with lots of hands-on experimentation, hacks by both pros and kids, bucketloads of improvisation and unlikely collaborations, Shlomo getting his ears dirty with you – and great figureheads from the worlds of beatboxing, hip hop and jazz chipping in.