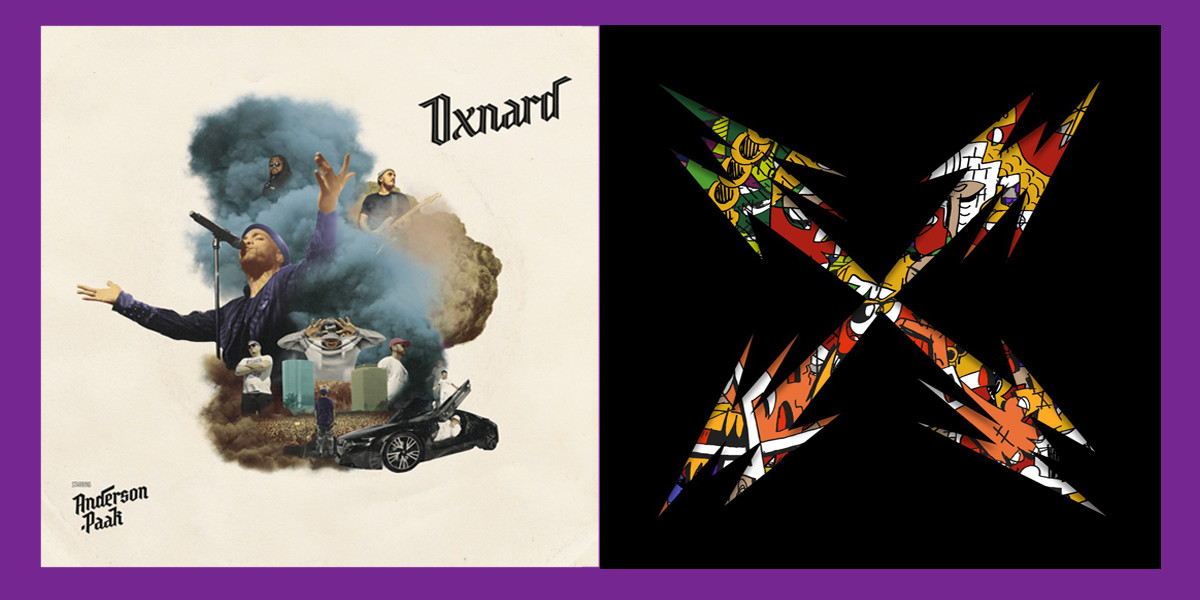 Aftermath signee Anderson Paak has finally come through with his much anticipated fifth solo LP, the followup to the much-loved Malibu, including O.B.E. Vol. 1 which was released under the moniker of Breezy Lovejoy. Oxnard follows Paak’s now established tradition of album titles corresponding to placenames in his native state of California, with Yes Lawd! being the only notable exception.

Oxnard also reflects the other Californian albums musically too, with its roots being placed firmly in the R&B camp. However, with Dre’s considerable influence, as executive producer for the entire record, is felt everywhere. Take a track like ‘Tints’, had this been on Venice or Malibu it would have been a breezy feel-good hit. Instead, it’s a heavyweight hip-hop meets vintage soul track, complete with a Kendrick feature for good measure. There are also features from Q-Tip, Snoop, J Cole, BJ The Chicago Kid and Pusha T. Gone are the rootsy elements of Paak’s music, replaced with all the trappings of superstardom. That means the soft R&B relatability of Malibu is eschewed in favour of a braggadocious centre that takes Paak’s lyrics to less lofty heights.

To celebrate their 10 year anniversary, record label Brainfeeder, headed by Flying Lotus, have released a compilation album featuring some of the most prominent names on the label. It’s about as eclectic as you would imagine a release to be from one of the most forward thinking labels currently in operation. Featuring artists like Thundercat, Ross From Friends, Badbadnotgood and Taylor McFerrin Brainfeeder X is swamped with creative talent. The very distinct styles of the artists involved in the release don’t tend to make for a cohesive sound throughout the release, but there’s more than enough quality on Brainfeeder to justify your time and attention.

The Good, The Bad & The Queen

The long-awaited second LP from Damon Alburn’s indie supergroup, Merrie Land is Brexit era political statement. The album channels plenty of traditional British folk elements, including ragtime rhythms and plenty of wind instrumentation. However, don’t let this fool you into thinking this album is anything less than a blistering reflection on Alburn’s views on contemporary England. There are links from the past to the present ‘Nineteen Seventeen’ and ‘Drifters & Travelers’ and the more overtly bitter ‘The Last Man To Leave’. Merrie Land is overlaid with an industrial gloom, an appropriate feeling from one of England’s most creative spirits.

Colorado native and drawing room folk artist Josephine Foster’s new LP Faithful Fairy Harmony is our surprise release of the week. It’s a unique release compared to much of what is going on in contemporary folk. Most artists are gunning to sound as modern and genre-hopping as possible, Foster has gone the complete opposite direction. On first listen, Faithful Fairy Harmony sounds like something The Incredible String Band would have made. Take ‘Soothsayer Song’, with its brittle harp sounds and vocal delivery as if straight out of an oldie worldy gramophone. The album requires a bit of an adjustment period, stick it out and you’ll be richly rewarded.

Frankfurt-based producer and DJ Lauer’s Power LP is an engaging mix of deep house, synthwave and disco. Released on Running Back records, the third solo LP from the German finds tight production and highly stylised song structures being the name of the game. There’s not much in the way of surprises here, but fans of house and disco, in general, will be sure to find something to like. Album highlights include ‘Mirrors’ and ‘Realistic’.

American soul legend Charles Bradley posthumous LP Black Velvet finally saw release a couple of weeks ago. Cobbled together from studio sessions the period before the artist’s unfortunate passing, Black Velvet is certainly a rough recording, but Bradley’s stellar voice coupled with the Menahan Street Band’s loving backing gives the album more than enough quality and charisma. Check out ‘Can’t Fight The Feeling’ and the cover of Rodriguez’s ‘Slip Away’ to get a sense of what the release is all about. A talent sadly missed.

Limerick native and Strange Brew producer Proper Micro NV released his debut LP Dormant Boy last week. If you’ve been following the site then you know we’ve been looking forward to hearing it. The record shows talent in spades from the alternative electronic artist. Often coupling pop song structures with electro inspired sound palettes and a splash of moody introspection lyrically, Dormant Boy is surprisingly fully formed for a debut release. The album does suffer from occasional doses of homogeny, but NV offers enough variety to justify Dormant Boy’s place on this week’s list.