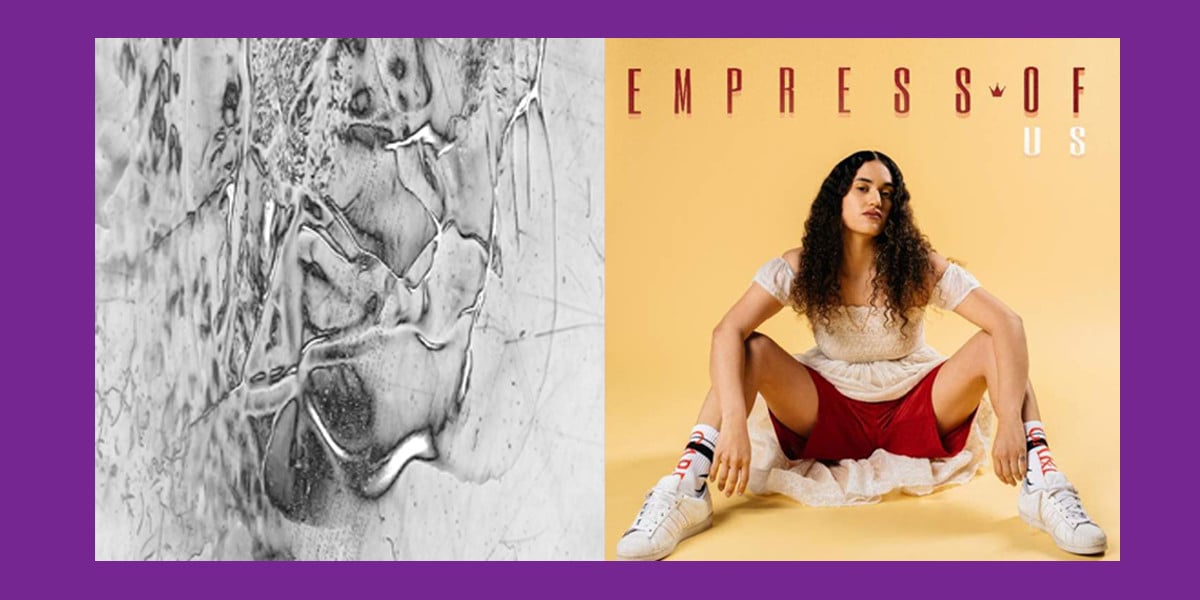 
With so many releases flying at you, here are recommended vetted listens from Nialler9 for you this week, as collated in the Nialler9 New Releases Spotify playlist, updated weekly.

How To Dress Well

American experimental songwriter Tom Krell provided the follow up to his debut LP Care under the moniker of How To Dress Well last week. The new record, titled The Anteroom, is inspired by the change in the micro and macro. One personal change which found the artist moving to LA and another large-scale one which faced America after the 2016 election. The Anteroom may be an entirely personal record, but the apocalyptic wake of that election result seeps into every facet of the record. Whether it’s the brutalist sound palette, comprised of icy cold synth lines and ambient pads or the hyper-attentive detail in the lyrical content.

Empress Of’s impressive second LP Us is a sleek indie pop record. Lorely Rodriguez has built a reputation for approaching songcraft differently, dating back to her annoynamous minute long colourminute demos in 2012. Brevity is something which Empress Of’s music excells at. There’s not a track longer than three minutes and forty seconds on Us. The album is a celebration of romance. Intimacy is a key theme throughout, established in the woozy album opener ‘Everything To Me’ with it’s minute attention to detail “I hate when you smoke cigarettes/You hate when I mention it”. There’s an understated aspect to the production throughout the LP. Where most pop singles can’t seem to wait to beat you over the head with a weighty chorus section a track like ‘I Don’t Even Smoke Weed’ shows far more cunning and precision.

Danish songwriter and synth-pop artist MØ has returned with her second full-length LP Forever Neverland. The follow up to the much-admired No Mythologies To Follow is a far more hit and miss affair than its predecessor. Interestingly, MØ seems to have made a push closer still toward a recognisably mainstream flavour of pop music. The razor-sharp synth lines of her debut are largely dropped in favour of rounded hooks. At its best, like on the tracks ‘Blur’ and ‘If It’s Over’ featuring Charli XCX Forever Neverland makes for some truly compelling and intelligent pop music. Signed to Sony Music, MØ is a major label artist who seems set on living up to that title.

District Recording’s signee Marcus Woods’ first major solo release Demo finds the producer drifting between two very seperate schools of musical thought. On the one hand, Woods’ drum preference is heavily trap-inspired, just check out ‘O’. On the other is the prevailing influence of ambient music throughout the release. This shows most in the choice of synth tone and texture Woods’ throughout Demo. These two musical philosophies blend together exceptionally well for the most part throughout the LP, with only a few rare moments finding the music sounding a little awkward. The only gripe you could have about Demo is how lacking in overall structure the LP is. Most of the tracks come in between 2 and 3 minutes long, with little in the way of cohesion between them. Demo feels like a sketchbook of ideas, as opposed to a solid body of work. Then again, the hint is very much in the name.

Trip-hop legend Neneh Cherry’s Broken Politics is the artist’s first LP in 4 years. By this stage in the artist’s discography and in the trip-hop genre as a whole, there seems to be a bit of set formula to the songwriting and vocal performances. That is to say, there’s nothing really shocking on Broken Politics. If you’re a fan of the artist’s previous work or the genre, you’ll certainly find much to enjoy here. Tracks like the lead single ‘Kong’ and ‘Faster Than The Truth’ showcases why Cherry is held in such universally high regard.

Songs of Love and Horror

Will Oldham’s discography is well into its teens now. Between the various iterations of the Palace name he performed under during the 90s and the material out under his own name listeners have been witness to nearly a full 20 LPs. Songs Of Love And Horror is the artist and actors latest project. A bare-bones, no frill folk record which tips the hat to Appalachian styled vocals and the great lo-fi folk artists who’ve come before simultaneously. Released under Domino recordings, Songs Of Love And Horror takes its thematic cues from it’s title. With tracks like the stunning ‘New Partner’ and ‘Ohio River Boat Song’ delving into the former and ‘Most People’ or ‘I See A Darkness’ dealing with the latter. Songs Of Love And Horror is a worthy folk album that will please newcomers to the artist and longtime fans alike.

Noisey, abrasive and cathartic are the three words which best describe Cleveland indie band Cloud Nothing’s new LP Last Building Burning. Just 8 songs and 35 minutes in length, the entire LP is blistering deep dive into the punk and even screamo ethea. Album opener ‘On An Edge’ sets the tempo and intensity high from the starting gun, howling of a chorus of “Don’t waste no time/Don’t, don’t, don’t”. Tracks like ‘In Shame’ and ‘Offer An End’ play like more traditional punk songs. However, Last Building Burning excels when it colours outside of the lines. Check out the 10-minute odyssey track ‘Dissolution’ to get the full picture. It’s so refreshing to hear some rock music with a genuine edge.