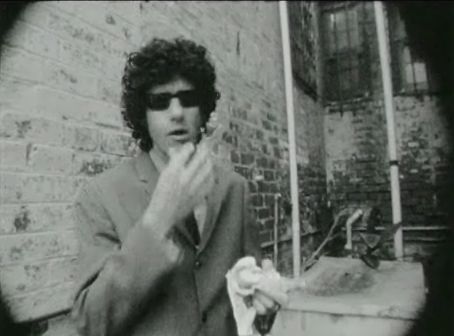 From the forthcoming instrumental album The Mix Up! Seems like it’s going to be somewhere between The In/Sound from Way Out! compilation and instrumentals from Hello Nasty. Apparently an edited version, it’s a bass riff-driven, guitar jammin’ tune that sounds a bit like a part of Aesop Rock’s recent Nike mix. MP3 Hosted at Spine Magazine.

Don’t forget every day at the moment the Beasties’ Official website is streaming a different video clip with the song as the soundtrack. It’s the typical Beasties playing pageant we know and love. Somebody has compiled the video into one handy bloggable entity, so watch below.

Update: Chris Culture Bully has got the sweet hookups on a live studio recording video of another new tune “Off the Grid”. Chris calls it “Caucasi-funk at its peak: a guitar that sticks its head out of the car door while doing about 65 mph down the highway leaving it just inches from shred (a funky shred, but a shred nonetheless), organ that sounds more organic than a bagel from that hippie bistro down the street from your aunt’s place called “Che Organique,” and a rhythm that simply drops for days.” Nice. Me, I’m diggin that Yauch bass sound and the return of instrumental jams for the 21st century.

Update 2: With the new site, brings new info – of utmost importance to me is that the Beasties will be performing at Electric Picnic twice! The 1st of Sept. will be a regular show while the 2nd will be the instrumental show where you can hear these songs live! OMFG, 2 Beastie Boys concerts in 2 days.