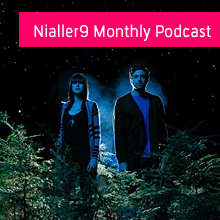 Nine of the bands featured in this podcast also played at South By Southwest this year. That’s just the way it is – the effect the festival has on the proceeding months of the year as bands who went down well in Texas continue to impress as we go. This time around we’ve got Brahms – a “ones to watch” status band, new album tracks from Errors, Gonjasufi, Dum Dum Girls, Oh No Ono, Phantogram, Alcoholic Faith Mission, Pivot, Holly Miranda as well as Swedish band Frederik (highly recommend their Trilogi album from last year), a track from Memory Tapes’ excellent Seek Magic album which is getting renewed spins here and a 2001 oldie from the Rebirth Brass Band. Enjoy! And do leave comments, letting us know what you think or to say thanks. They are always nice things to get.

Aoife McElwain is your podcast host – check out her food blog – I Can Has Cook? and her radio show Right Click Radio on RTE 2XM.